Over 850,000 refugees in Turkey will receive special debit cards 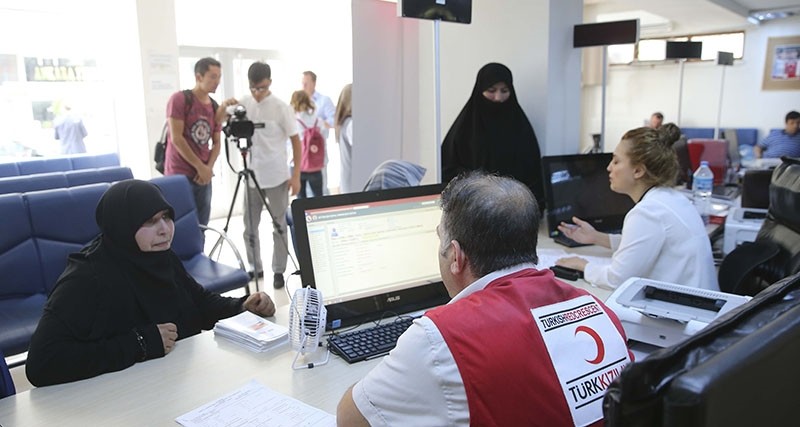 Over 850,000 refugees will receive special debit cards before August financed by the European Union and implemented by the Turkish Red Crescent, according to European Commission Humanitarian Aid Office (ECHO) in Turkey.

Speaking to Anadolu Agency on Saturday, ECHO head Jane Lewis said the target was to access over a million refugees by September.

"As of this month, over 850,000 refugees under temporary international protection will be receiving the card and receiving the monthly transfer," Lewis said.

"We hope that by September, we'll have a million people under the program," Lewis said.

"However, the actual target is 1.314 million, depending on who is eligible to receive the card."

Lewis also said the monthly transfer for each refugee, staying out of the refugee camps and registered by the regional migration office directorate, had increased from 100 Turkish liras to 120 Turkish liras per month.

Working with Turkish and United Nations officials, the EU Humanitarian Aid Commission launched the program to curb migrant flows to the bloc and help more than 3 million refugees in Turkey, most of whom are Syrians.

Turkey hosts more Syrian refugees than any other country in the world. The country has spent around $25 billion helping and sheltering refugees since the beginning of the Syrian civil war.

Syria has been locked in a devastating civil war since early 2011, when the Bashar al-Assad regime cracked down on pro-democracy protests with unexpected ferocity.