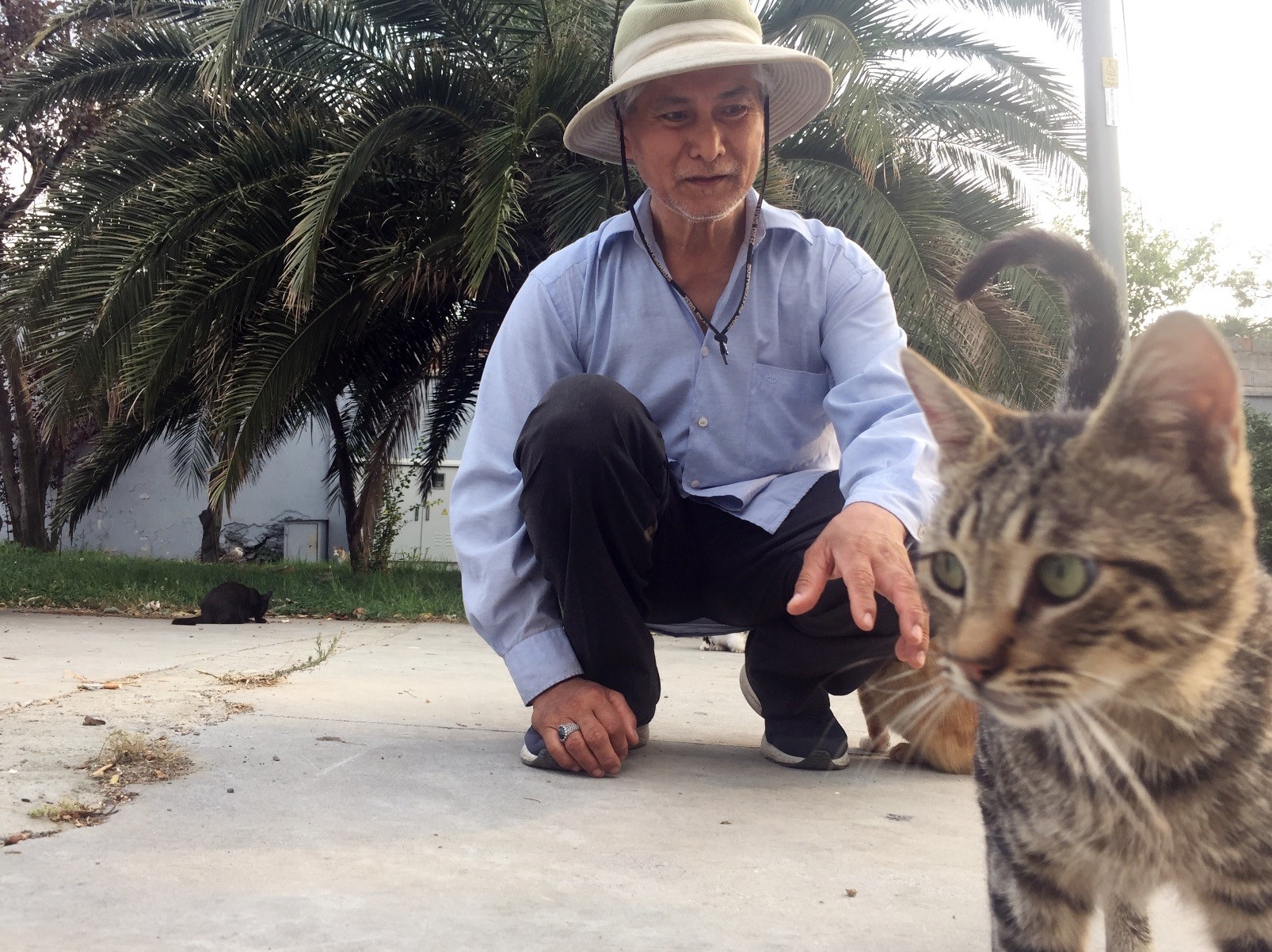 Hassan Ahmed, a Filipino expat, led a quiet life in Istanbul for more than three decades, but something that started out as a favor to a pregnant cat soon made him an ambassador for animal lovers. Since 2009, Ahmed walks the long stretch of road linking Istanbul's Fatih district to the Kasımpaşa neighborhood, feeding stray cats along the way. Not a wealthy man, Ahmed often turns to well-off people to buy food for the cats, a staple of Istanbul's streets.

In an accented Turkish, Ahmed says he never cared for cats back in the Philippines, but that all changed when he came to Istanbul. "I found a cat that was about to give birth. She delivered six kittens in my care. After that, I decided to help those animals," he told Ihlas News Agency.

A "wealthy lady" gives him 13 large packs of cat food every month, but it "only lasts 10 days" for the legions of cats dominating the city's streets. "Butchers give me bones and chicken wings, but they are not suitable for cats to eat," he says, appealing for donors to feed the cats, who recognize Ahmed as soon as he shows up on their street.