Families in switched-at-birth drama get closer for children 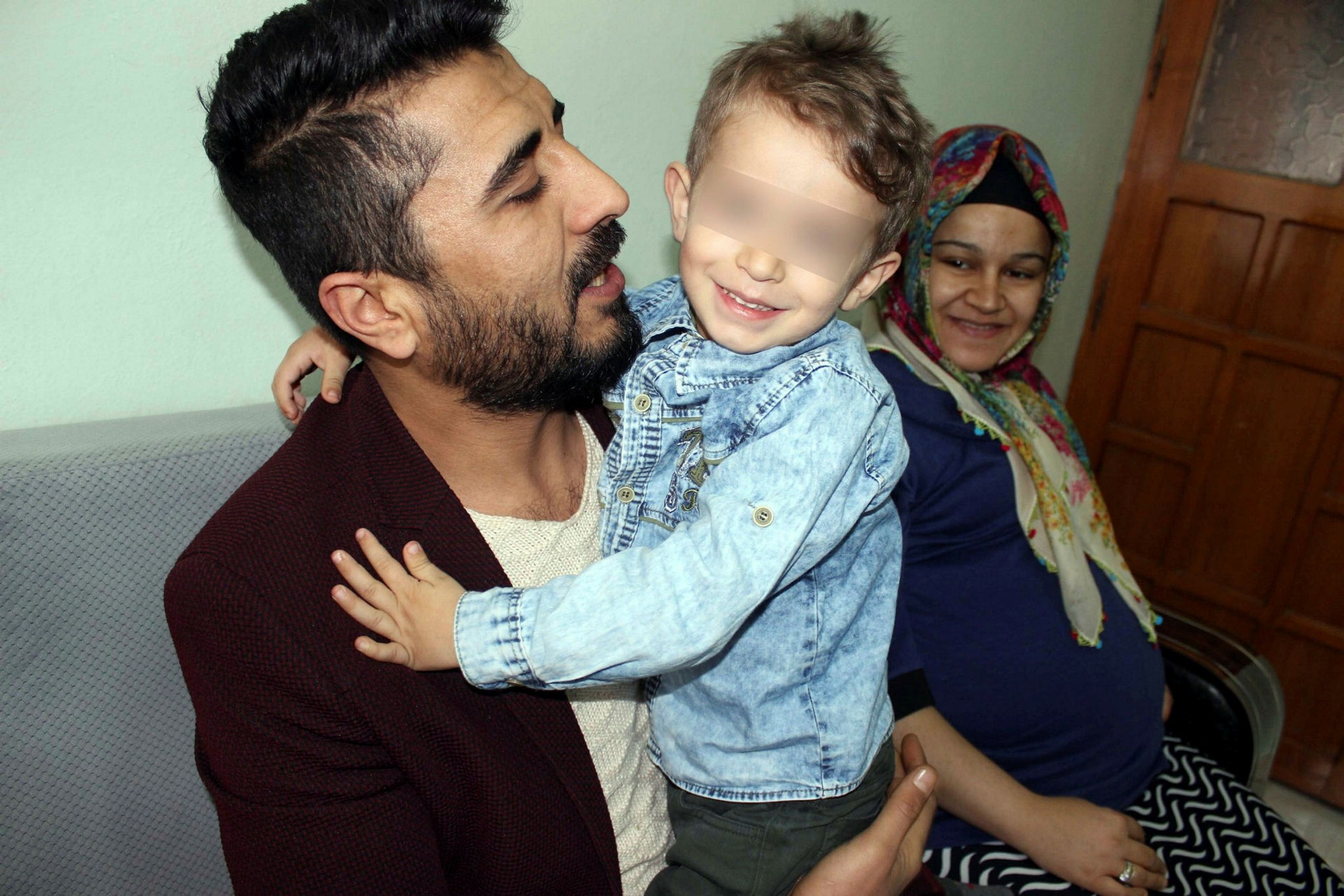 Selahattin Demirler and his wife pose with Cihangir, the boy they raised as their own before it was discovered he was switched at birth.
by Compiled from Wire Services Aug 09, 2017 12:00 am

Two couples whose children were switched at birth have decided to live in the same neighborhood after a court ruled that the children should be handed back to their biological parents.

The mix-up was revealed about four years after Eymen and Cihangir were born in a private hospital in Istanbul to parents from the northern city of Trabzon and Adıyaman in southeastern Turkey. Yusuf K. and Selma K. from Trabzon found out the truth when they applied for a DNA test for Cihangir after they suspected he might not be their child due to his dark complexion unlike his father and mother. The hospital admitted the switch and traced the child to his biological parents, Meryem and Selahattin Demirler.

What followed was a legal process and the court ordered the children to be handed to their biological parents, to the chagrin of both sides who were concerned about how the children would adapt into their new families. Selma K., who had earlier divorced her husband, decided to settle in Adıyaman recently with her father while the Demirlers moved from a distant district of Adıyaman to the same neighborhood with Selma K. so that both children can see their "wrong" families.

Selahattin Demirler says that the children could not "get used to" their new families and when a psychiatry consultant they sought advice from suggested that the families should get together, they decided to move to a place closer to each other. "We see each other a lot and we get along well. This will continue until both children start to accept their biological parents," he told İhlas News Agency.