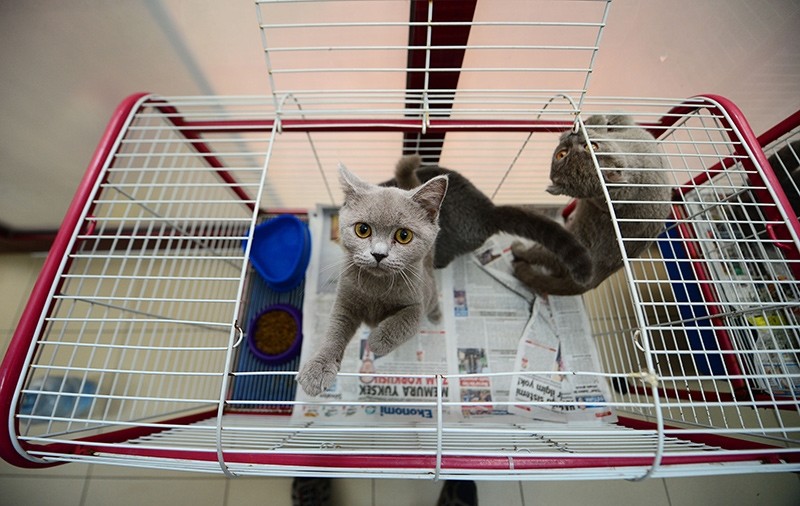 According to reports, tourists at Antalya Airport who were attempting to enter the country, hid the cats in their bags but customs officials caught them.

The officials then handed the cats to the Animal Rights Federation, and over 1,000 people applied to adopt the cats within just five days.

The federation's vice chair Damla Şahin told media outlets that they suggested that those who want to adopt the cats make donations to animal shelters.

"We hope that these kitties will be a beacon of hope for the less fortunate animals at the shelters" Şahin said.

She noted that the kittens are currently receiving care at an animal clinic and thanked the community for their support.

Şahin also said that their federation opposes the commodification of cats or other animals and added: "We wish everyone is as interested about street cats as they are interested in this breed as there are so many cats on the streets who are in need."

The Scottish kitties adopted through the federation will be given by a contract, in which the adoptee pledges to not sell the kitty to a second party, and will have to sterilize the animal to prevent animal breeding. Furthermore, the federation will also keep in touch with the new owners to ensure that the kittens are being properly taken care of.

Antalya Airport customs officials had seized a total of 15 kittens in hand luggage of Ukrainian tourists arriving in the country 3,5 months ago. Seven of these kittens were dead as a result of lack of oxygen, and the remaining kittens were given to the animal clinic for care.