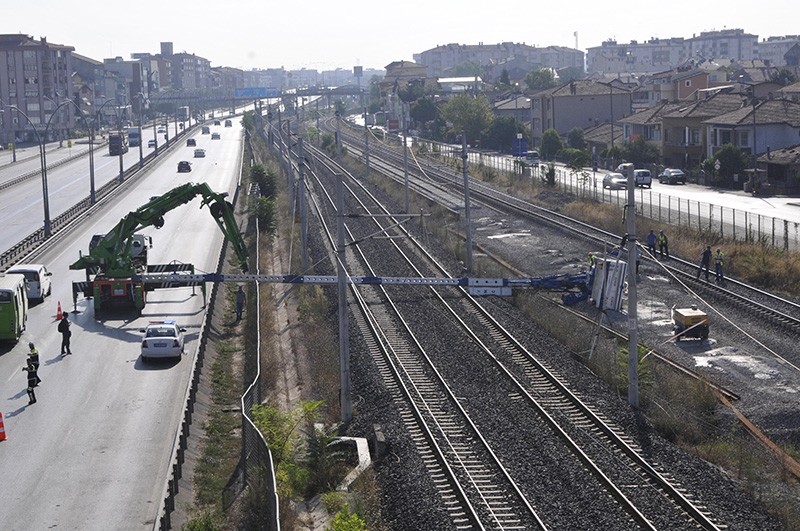 Train services between Istanbul and Ankara were suspended after a construction accident damaged the power lines of the high speed rail between Turkey's two largest cities Saturday.

A drilling machine collapsed in northwestern city of Kocaeli early in the morning, blocking the rails and damaging the power lines of the high speed trains operating in the Istanbul – Ankara line.

Luckily, no trains were passing by the route when the accident took place.

A train bound to Istanbul was halted in Arifiye station near the northwestern city of Adapazarı, and passengers were transferred to Kocaeli with buses, where they resumed their journey to Istanbul with trains.

Several passengers complained that they had been stranded inside the train and at the station for a couple of hours until the buses arrived. Several others stated that they missed their flights.

It is not clear when services will resume.

Meanwhile, parts of a suspended ceiling at the newly constructed Ankara high speed rail station also collapsed early Saturday. No one was injured in the incident.