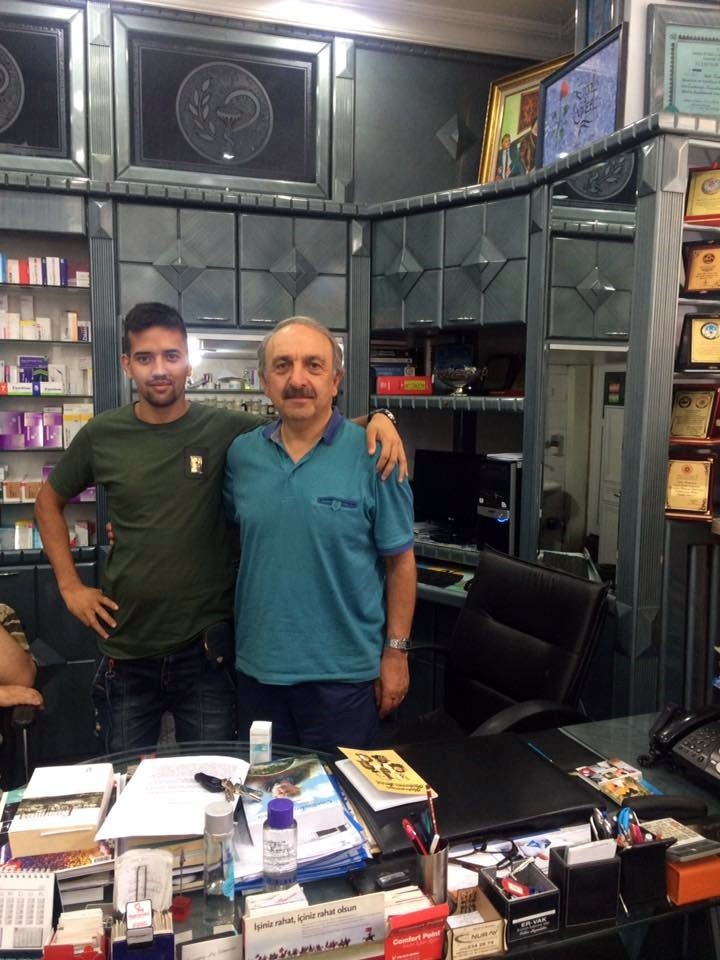 An Afghan orphan who left Turkey at the age of 17 and survived an arduous journey to Sweden where he sought asylum, returned to the eastern city of Erzurum to express his gratitude to his Turkish hosts there four years later.

Now holding Swedish citizenship and with a proper job, Muhammad Muhammadi met the head of a charity helping Afghan migrants in Erzurum. Muhammadi joined the hordes of Afghan migrants fleeing violence in their country into Turkey years ago when he lost his parents to Taliban attacks. "I only had a sister and she was living in Iran. I went to live with her but I was undocumented. I decided to go to Turkey and settled in Erzurum. I was still stateless and without any ID but I learned a lot while I was here," he says. Yearning for a better life in Europe like most illegal immigrants, Muhammadi borrowed money from his friends in Erzurum and left for Istanbul in 2013.

The money was not enough for a smuggler to help him cross into Europe but the smuggler offered him a free ride if he could find 10 other migrants with money. He managed to find them in three days and together, they boarded a dinghy to a Greek island. With little money and no knowledge of his environs, Muhammadi was caught by police and sent to Athens. There, he lived on the streets before sneaking into a truck leaving for Italy and a long journey on foot, by the railroad and by car took him to Sweden where he waited more than two years before he was granted asylum. He attended a high school, took up a job and was given residence. "I am no longer an illegal," he boasts.

He says he made a promise to Erdal Güzel, the head of the charity that helps migrants, to "see him again one day." "This is why I returned," Muhammedi, who spent months in an orphanage in Erzurum says. Güzel seemed quite shocked by his unexpected visitor. "We had settled him in an orphanage. He was young and had no one with him. His story is quite dramatic and when I saw him again, it renewed my confidence in mankind. You can survive against all odds," he says.

Muhammedi's story is similar to that of Abdul Samir Zaheri, a nine-year-old Afghan boy who was found almost frozen to death in Erzurum earlier this year after he was stranded during his illegal migration to Denmark, where his family lived.

Samir was found near a gas station in Erzurum's Pasinler, after he was left behind by the group of immigrants he was travelling with. He was then taken to the local hospital, where he received treatment for almost two months. After he recovered, Samir found a home in a daycare center and was enrolled at school before the family tracked him down to Erzurum and reunited with him in March.

Turkey is a popular destination and transit country for migrants from Asia and the Middle East. It is home to about 3 million Syrian refugees and a large number of Afghan migrants who often try to cross into Europe illegally. The country recently tightened border patrols to prevent migrant deaths en route to Europe.