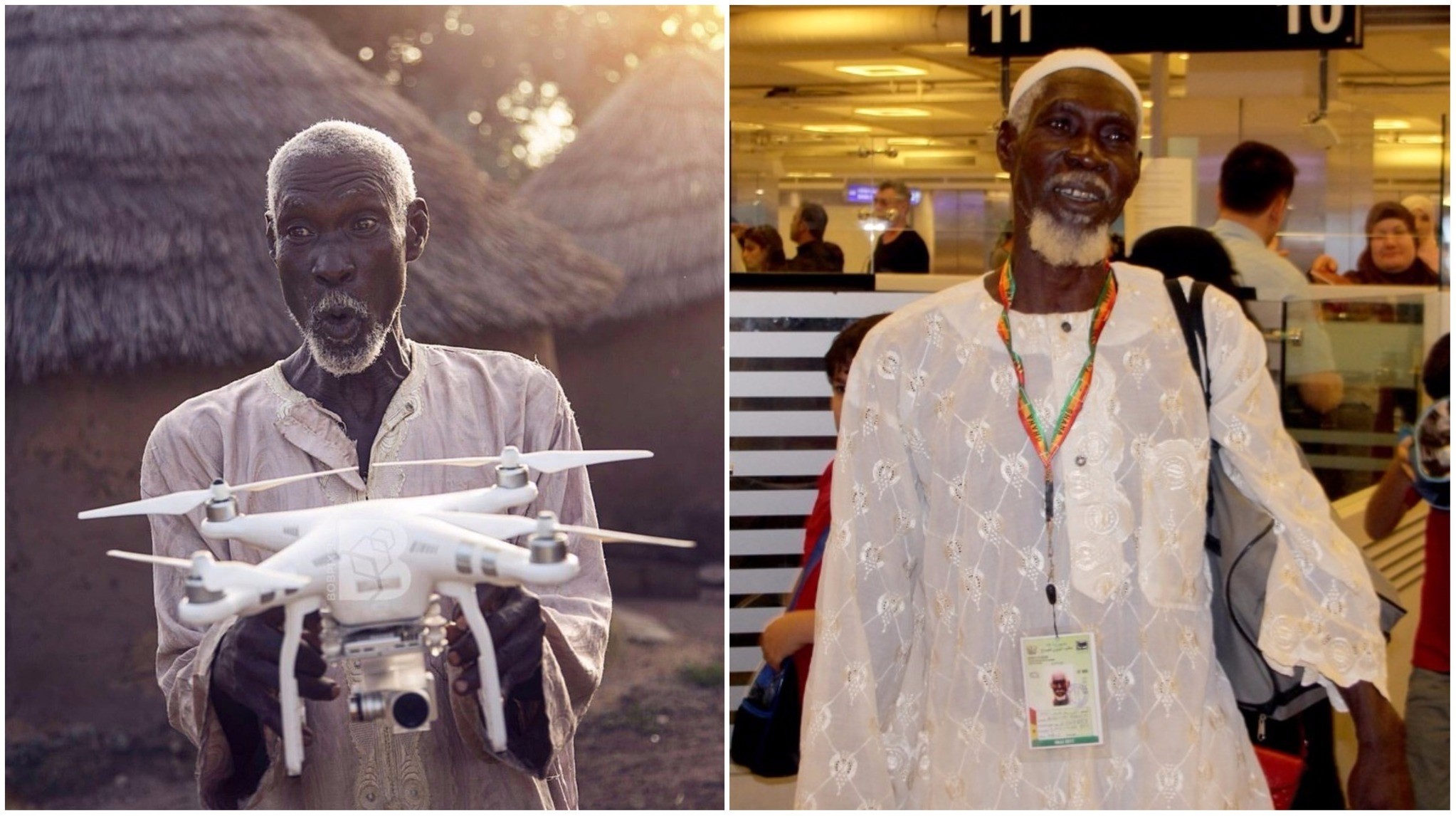 Al-Hassan Abdullah, a poor Ghanaian villager whose story went viral on Turkish social media when he asked a TV crew if "a drone can take him to Mecca" will travel to the Muslim holy land courtesy of the Foreign Ministry and charities.

Abdullah had naively asked a Turkish film crew flying a drone with a camera in his village in Ghana if they had "a bigger one of this that would take him to [Saudi Arabia]" where millions of Muslims go every year for the hajj, the annual Muslim pilgrimage. As his story went viral on social media, Foreign Minister Mevlüt Çavuşoğlu intervened and helped arrange a hajj journey for Abdullah, who is impoverished. He arrived in Istanbul from Accra on Friday and was welcomed by a Turkish charity whose work focuses on Ghana.

Abdullah told Anadolu Agency (AA) he was pleased to be in Istanbul and it was God who blessed him with this favor from Turkey. "I am grateful to God and I pray to everyone who helped this dream come true. Turkish state's assistance is valuable for me and I believe this will help improve friendship, brotherhood between Muslims," he said.

Cihad Gökdemir, deputy chairman of the charity who welcomed Abdullah at the airport, said Abdullah's story made the headlines after a TRT World employee tweeted the image. "Then, people started to seek a way to reach out to him, from businesspeople to companies. Finally, a Turkish police officer from Turkish embassy in Ghana contacted him. He is grateful to Turkish people," Gökdemir said.