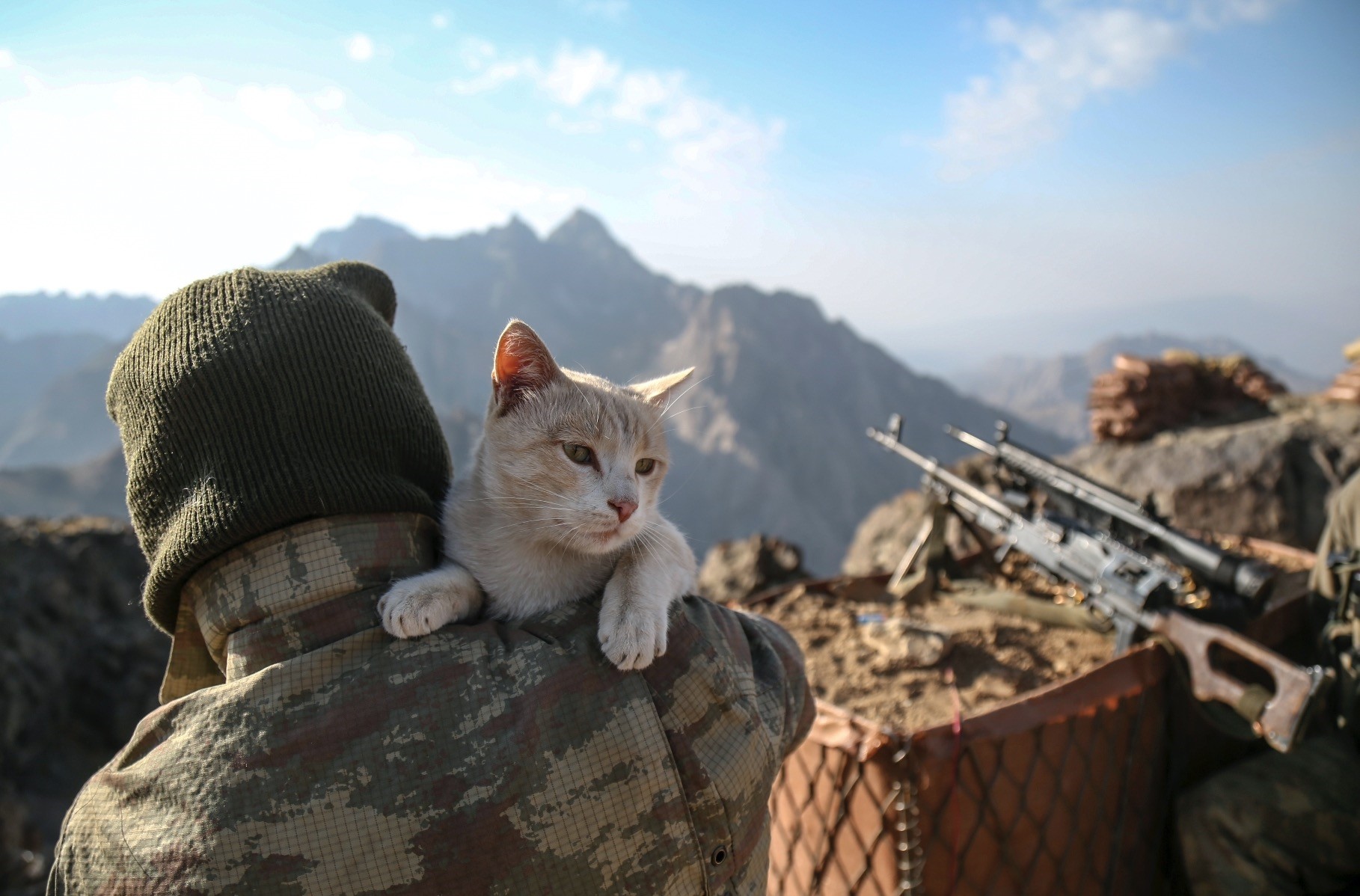 Two stray cats found in a cave during anti-terror operations in Turkey's southeast have formed a unique friendship with Turkish troops deployed in the mountainous region. The furry companions of the soldiers, who spend a large chunk of their time patrolling the unforgiving terrain, hop between the outposts atop İkiyaka mountains in Hakkari province. 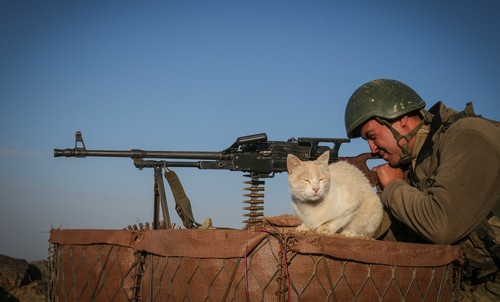 The cats were discovered five months ago by soldiers carrying out an operation against the terrorist group PKK which has killed hundreds since they launched an offensive against Turkey two years ago. The soldiers built a small shelter for the animals to prevent them from the extreme cold pervading the region and share their meals with cats. It is not known how the two animals reached the cave in the 3,400-meter-high (11,155-feet-high) mountain. One of the cats gave birth to three kittens three months ago and they share the shelter with their mother.

The soldiers say they were checking a cave, a favorite hideout of the PKK militants, when they came across the two animals. They say the cats boost their morale and they are so accustomed to them that they casually sleep under the machine guns and cuddle with them.