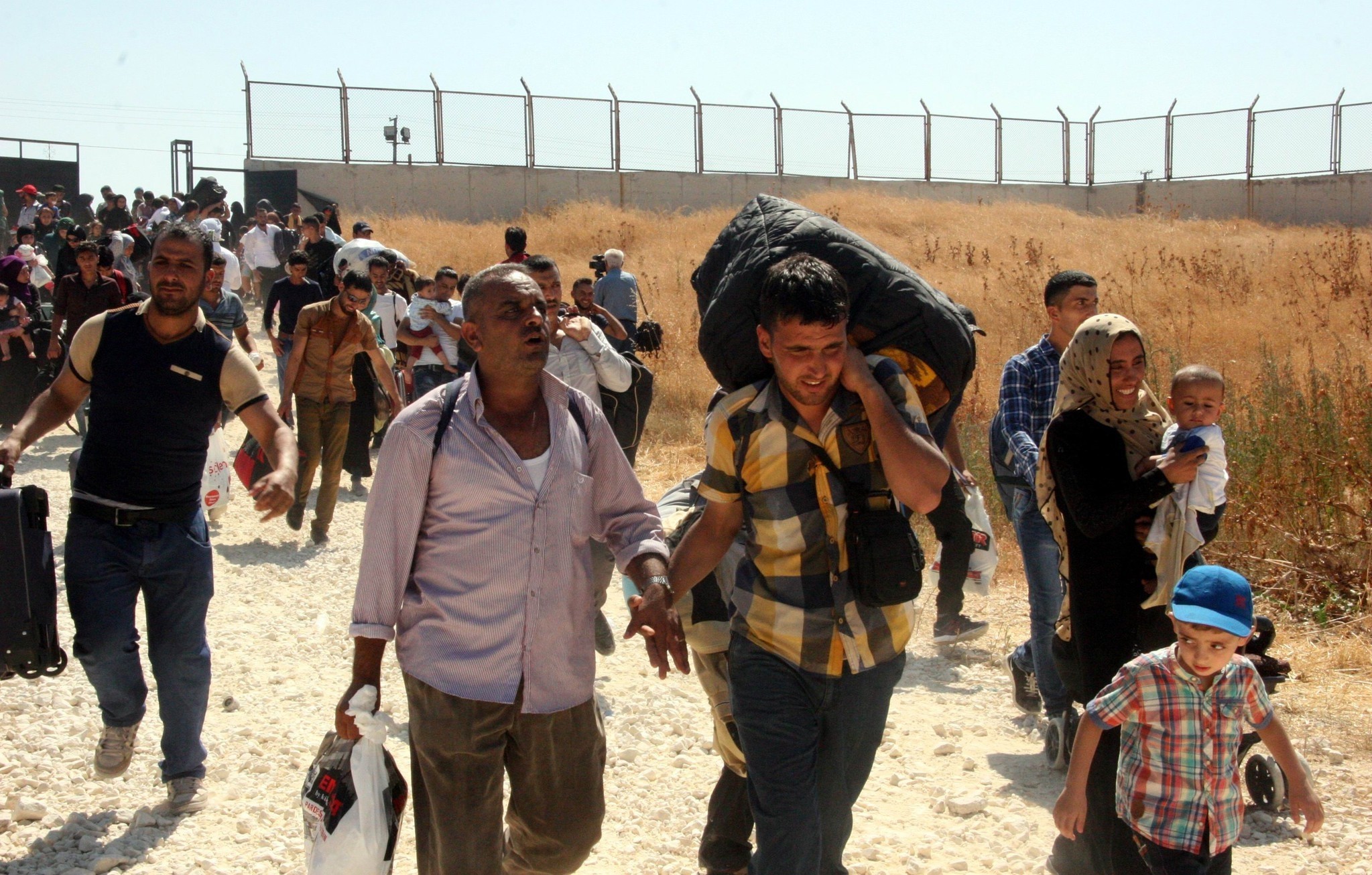 The high number of Syrian refugees crossing the border into their war-torn country ahead of Islamic Feast of Sacrifice reflects their longing to return to their homes as roughly 12,000 Syrians left Turkey in the last five days

The Muslim Feast of Sacrifice, Eid al-Adha, gives thousands of Syrians the opportunity to return home again. Five days after the main border crossing between Turkey and Syria opened, around 12,000 refugees living in Turkey crossed the border to visit their hometowns and see relatives ahead of the holy Muslim holiday.

The Öncüpınar border crossing in southern Kilis province was swarming with Syrians of all ages, from toddlers in the arms of their parents to elderly men walking with canes. The refugees have found a shelter in Turkey during the six years of ongoing civil war that has wreaked havoc in Syria, which shares a lengthy border with its northern neighbor, Turkey.

In unbearably hot temperatures, refugees patiently wait to fill out the necessary paperwork to exit the country. Tents set up by the Disaster and Emergency Management Authority (AFAD), which handles the mandatory registration process for Syrians leaving Turkey, provides the only protection from the scorching sun.

In a corner, doctors vaccinate children and babies before they head into towns recently liberated from Daesh and recaptured from Bashar Assad's forces by the opposition.

Ibrahim Zakkour who hails from al-Bab, will visit his parents for the second time this year and credits Turkey with the opportunity.

Last year, Turkey launched Operation Euphrates Shield to help the Syrian opposition liberate al-Bab and other towns formerly under the control of terrorist group Daesh. Turkey remains an active supporter of the rebuilding process in al-Bab and other towns which enjoy a peaceful atmosphere after years of civil war and Daesh control which ultimately forced thousands to flee.

Most refugees are expected to return to Turkey after the four-day holiday scheduled to start later this week. However, some might prefer to stay in Syria as seen during the recent Muslim festival of Eid al-Fitr when more than 9,000 refugees opted not to return to Turkey from Syria after having crossed into Syria for the eid celebration at the end of Ramadan.

The vast majority of the Syrians who are making the trip will go to "safe" places that have been spared from utter destruction, or those towns that are in the process of being restored after being liberated from the terrorist group Daesh.

They will be allowed to cross into Syria until Aug. 30, the eve of the festival in which the faithful are known to traditionally visit their next of kin. The traveling refugees are among the nearly 3 million who fled to Turkey over the past six years.

Under tight security measures, they are crossing to the other side of the border where they are welcomed by opposition forces fighting the Assad regime.

Syrians will be allowed back into Turkey from the border crossing on Sept. 5 and the crossing will remain open for those returning until Oct. 15.

Turkey is probably the only safe haven in the region for refugees with nothing left in Syria except for surviving relatives.

Since 2011, the Syrian conflict has evolved into an all-out civil war, from which Turkey has received the largest number of refugees compared to other countries in the region. A small fraction of refugees stay in modern camps set up in border cities, while the majority live in housing they rent or have bought, often in rundown, and abandoned buildings.

Official border crossings were closed in 2015, barring exceptions in cases such as serious injuries, to prevent a spillover of the conflict and to stem the flow of refugees. Ankara has also been building a wall along the border to curb the cross-border movement of fighters.

Turkey is a staunch advocate for the establishment of a safe zone inside Syria for those who have been internally displaced, which would ostensibly prevent attacks on them by the Assad regime and the Daesh terrorist group, among others.