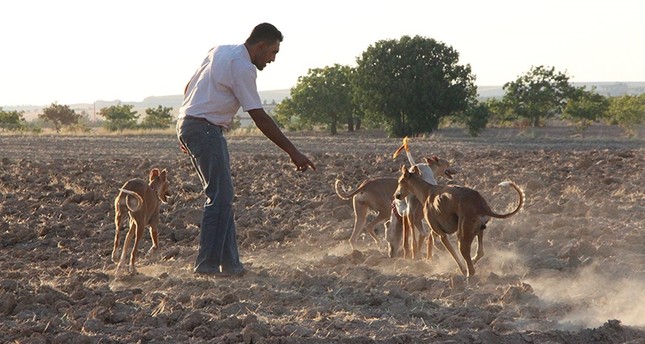 A man living in southeastern Turkey's Şanlıurfa has been breeding and selling greyhounds for the last five years.

Abbas Öztürk, whose interest in greyhounds came from his father, began breeding the dogs as a hobby.

After Öztürk learned that greyhounds, which are known for participating in horse-like races, could be sold for a significant sum of money, he built a shed for the dogs.

"Before, I was hunting for rabbits with our local greyhounds. Then those who came from Syria told me that these dogs were very valuable, so I sold them for a sizable amount," Öztürk said, adding that it inspired him to begin breeding the dogs. 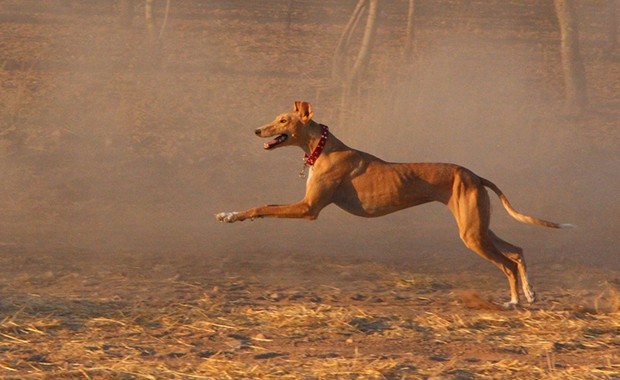 "I spend more time with greyhounds than with my own children. I feed [the dogs] at least three times a day. I give them meat, milk and formula," the father of three said.

Before Öztürk started his greyhound business people in Şanlıurfa found his love for the animals odd and chided him for it.

"Now they try to breed greyhounds like me. There are special contests for our greyhounds in countries like Qatar, UAE and Saudi Arabia. The winners receive grand prizes. Local greyhounds are quite fast, they can run with a speed of 62 kmph (38.5 mph)," he said.

Öztürk, who keeps his pricey dogs under constant video surveillance, said he aims to build a track for greyhound races in Turkey.

Share on Facebook Share on Twitter
Previous in Turkey While families in Turkey still pick an animal to be slaughtered and... Next in Turkey Turkey celebrated Victory Day, the anniversary of a decisive victory...
DAILY SABAH RECOMMENDS