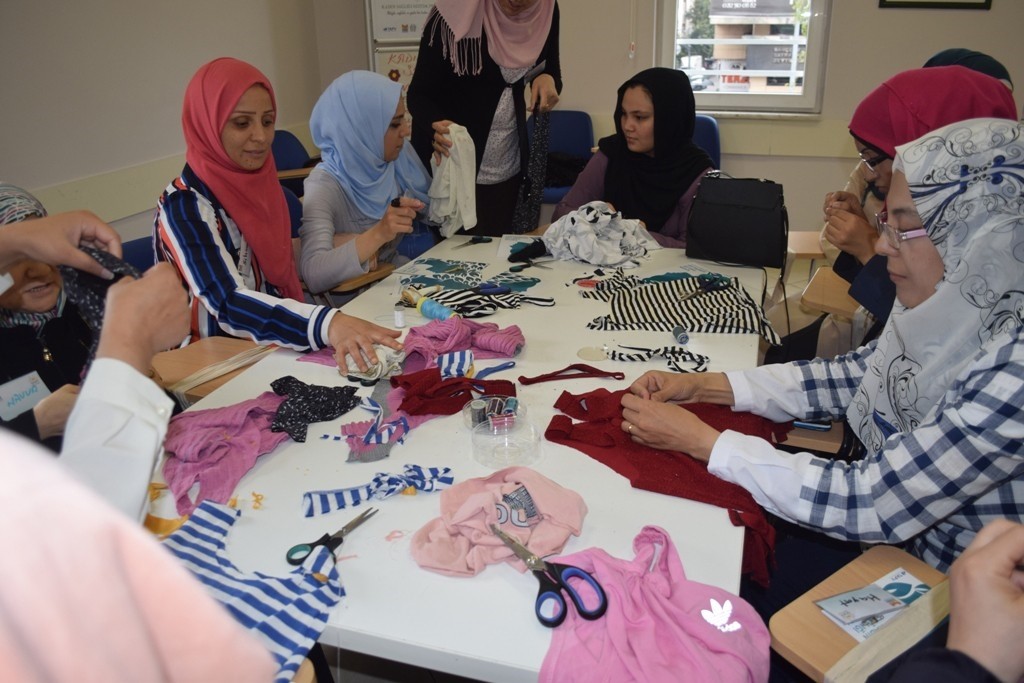 A group of migrant women hailing from Asian countries and Syria have combined their skills to create a souvenir brand. Learning handicraft in lifelong learning courses offered by the municipality of Zeytinburnu, an Istanbul district that is home to a high number of migrants from Central Asian countries, women now sell the products they make, earning a living for their impoverished families. Made of recycled materials, "Snowfinch"-brand souvenirs offer a wide range of products ranging from handbags to women's accessories and prayer beads. "We called it 'Snowfinch' in reference to the bird, which is known for being persistent in difficult conditions.

The Snowfinch typically migrates to another place only if it can't find food in its natural habitat. This is how women here ended up in Turkey," Nezihe Atılgan said. As a Turkish tutor who teaches lifelong classes at the Migrant Women's Club in Zeytinburnu, she also said that "We have women from Syria, Afghanistan, Kazakhstan and Uzbekistan. We teach them how to make money from something typically regarded as a hobby. They learn new skills and contribute to their household income on the side," Atılgan says. In one year, women acquire the necessary skills to make small souvenirs which are sold in local shopping centers in the district. They plan to expand their sale booths to other shopping centers in the near future.

Fatima Al-Ahmad, a 60-year-old Syrian woman, is among the migrants who attend the lifelong learning classes. A mother of 12 and a resident of Istanbul since 2013, Al-Ahmad says the courses have transformed her into "someone who has a vocation." "I was a housewife back in Syria. Now I have a job. Also, I learn Turkish here. I thank Turkey for giving me this opportunity," she says. Her 20-year-old daughter Aya is among the participants in the course and, like her mother, she never worked back in Syria, fleeing the country amid ongoing conflict.

Safiye Atik, a 23-year-old woman from Afghanistan, settled in Istanbul 10 months ago with her family. Having worked as a teacher in her native country, Atik says that it is important for women to have economic independence. "We have learned a lot here and I have a new job now. I encourage all other migrant women to attend the courses," she says.