Solidarity between Rohingya Muslims and Turks dates back to WWI, deputy PM says 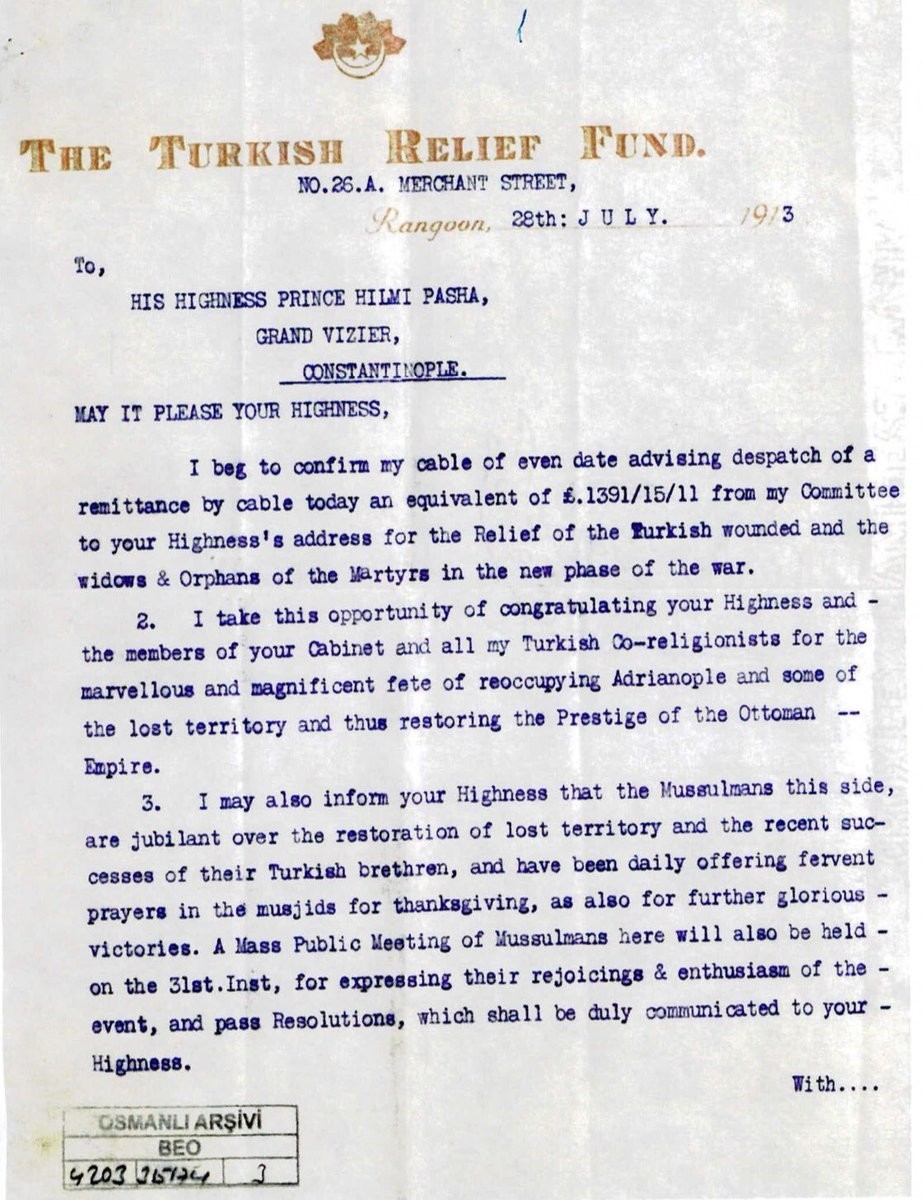 The solidarity between Rohingya Muslims and the Turks dates back to the First World War, when the former provided material and emotional support to the Ottoman Government, a document released by Deputy Prime Minister Fikri Işık showed Friday.

According to a records obtained from the Ottoman archives, Rohingya people sent 1,391 pounds to the Ottomans in 1913 for the relief of the Turkish people wounded in the Balkan Wars, which took place between 1912 and 1913.

The letter, written to Grand Vizier Prince Hilmi Paşa, congratulated the empire for its victory.

"I take this opportunity of congratulating your Highness and the members of your Cabinet and all my Turkish Co-religionists for the marvelous and magnificent fete of reoccupying Adrianople and some of the lost territory and thus restoring the Prestige of the Ottoman Empire" the head of Ottoman Relief Fund in Rangoon Ahmed Mawla Dawood said in the letter. 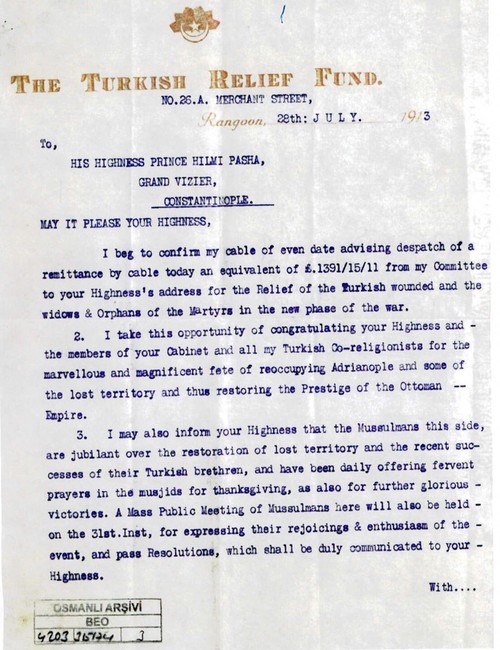 He also noted that the Rohingya people celebrated the victory of their fellow Muslim brethren and prayed at the mosques.

The deputy prime minister noted in a series of tweets that the letter shows deep solidarity between the Rohingya and Turkish people.

"Our grateful nation has always stood by the oppressed and the innocent, and has provided hope to those in need" Işık said.

He noted that Turkey, led by President Recep Tayyip Erdoğan, will continue to provide assistance to everyone in need.

On Thursday First Lady Emine Erdoğan and a delegation of political and non-governmental organization officials went to Bangladesh to visit Rohingya refugees at a camp in Cox Bazaar.