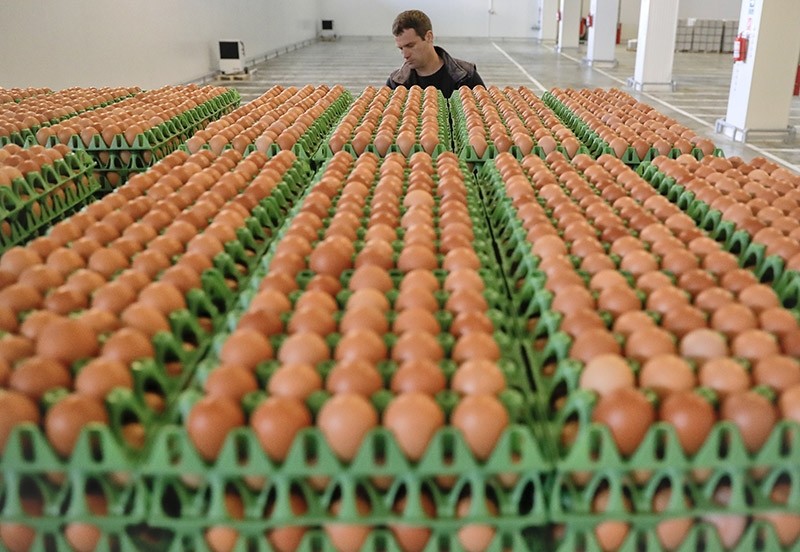 Fakıbaba denied claims that Turkey was also one of the states selling toxic eggs, underlining that a probe into domestic eggs could not detect any trace of the insecticide fipronil.

The minister also stressed that Turkey was exporting $148 million-worth of eggs to foreign countries, adding that only domestic eggs were consumed in the country and exported ones only used for breeding after detailed controls.

Fakıbaba also said that the ministry was closely following the crisis and conducting regular tests on domestic eggs.

Over the past months, Europe has been shaken with an egg scandal caused by the insecticide fipronil, which is considered a health hazard at a specific level.

Hundreds of farms where the eggs were produced, halted operations, while millions of eggs were removed from the shelves and destroyed.

The scandal primarily affected the Netherlands, Belgium, Germany and France and later spread to all over Europe.

Some researchers even claimed that the United States, Russia and South Africa could also be hit by the scandal.

It was later reported that out of 28 EU member states, only Lithuania, Portugal, Cyprus and Croatia were identified to be clear of eggs containing fipronil.

Fipronil, which is classified as a moderately hazardous pesticide by the World Health Organization (WHO), is primarily used to control insects in the production of corn and sunflower, but is also licensed in spray or drip form to be used as an antiparasitic in inedible animals.

According to both EU and Turkish legislation, the insecticide is not allowed to be used in edible animals.