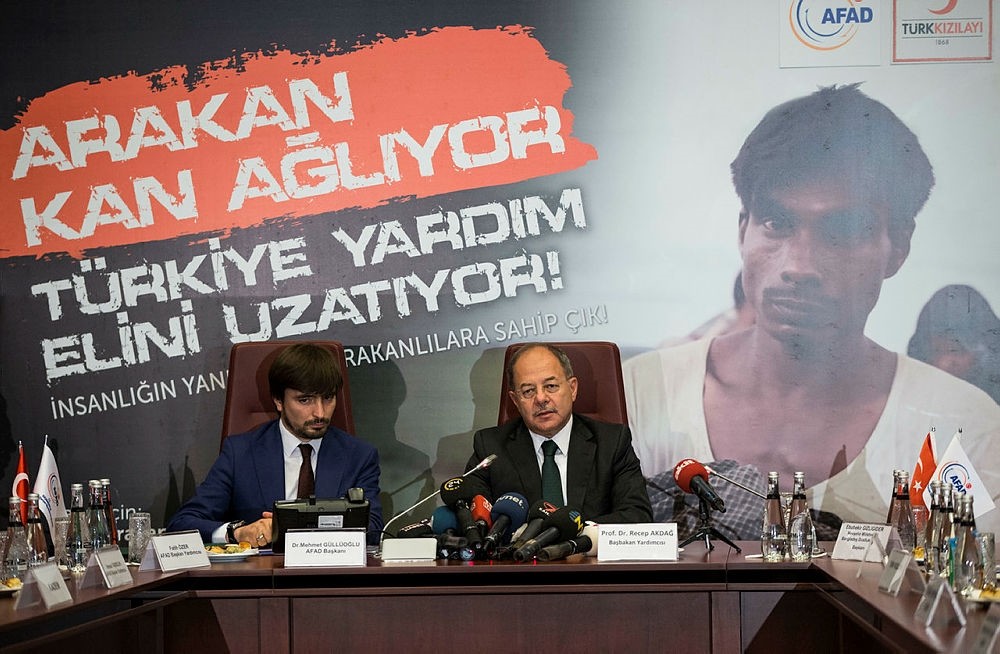 Turkey launched a new aid campaign Monday for Rohingya Muslims who have sought refuge in neighboring Bangladesh amid new waves of violence in Myanmar, in an effort to move beyond condemnation messages and take concrete humanitarian steps in the ongoing tragedy. The aid initiative will build temporary tent camps and offer psychosocial support to families.

Speaking at a press conference introducing the new campaign, Deputy Prime Minister Recep Akdağ said that a large number of NGOs and other organizations involved in the initiative, including the Turkish Red Crescent, Presidency of Religious Affairs (Diyanet) and the Health Ministry, would accept donations as part of the campaign.

"As the Turkish government, we do not approve the United Nations' approach to the crisis where U.N. officials set up meetings, releasing condemnations and extend the solution over a long period of time. We will not adopt such approach," Akdağ said.

Akdağ added that the humanitarian aid and services would be provided after agreements with the Bangladesh government.

Mehmet Güllüoğlu, head of the Disaster and Emergency Management Authority (AFAD), said the number of Rohingya Muslims who have fled to Bangladesh since Aug. 25 has reached 300,000.

Güllüoğlu added that the camps set up by the UN were insufficient in accommodating such a large influx of refugees.

Meanwhile, Bangladesh has agreed to free land for a new camp to shelter some of the hundreds of thousands of Rohingya Muslims who have fled recent violence in Myanmar, an official said Monday.

The new camp will help relieve some pressure on existing settlements in the Bangladeshi border district of Cox's Bazar, where nearly 300,000 Rohingya have arrived since Aug. 25.

"The two refugees camps we are in are beyond overcrowded," said U.N. refugee agency spokeswoman Vivian Tan.

Other new arrivals were being sheltered in schools, or were huddling in makeshift settlements with no toilets along roadsides and in open fields. Basic resources were scarce, including food, clean water and medical aid.

Myanmar security forces launched a fresh crackdown in Rakhine on August 25 in response to renewed attacks by Rohingya militants, creating a new wave of Rohingya refugees heading toward Bangladesh.