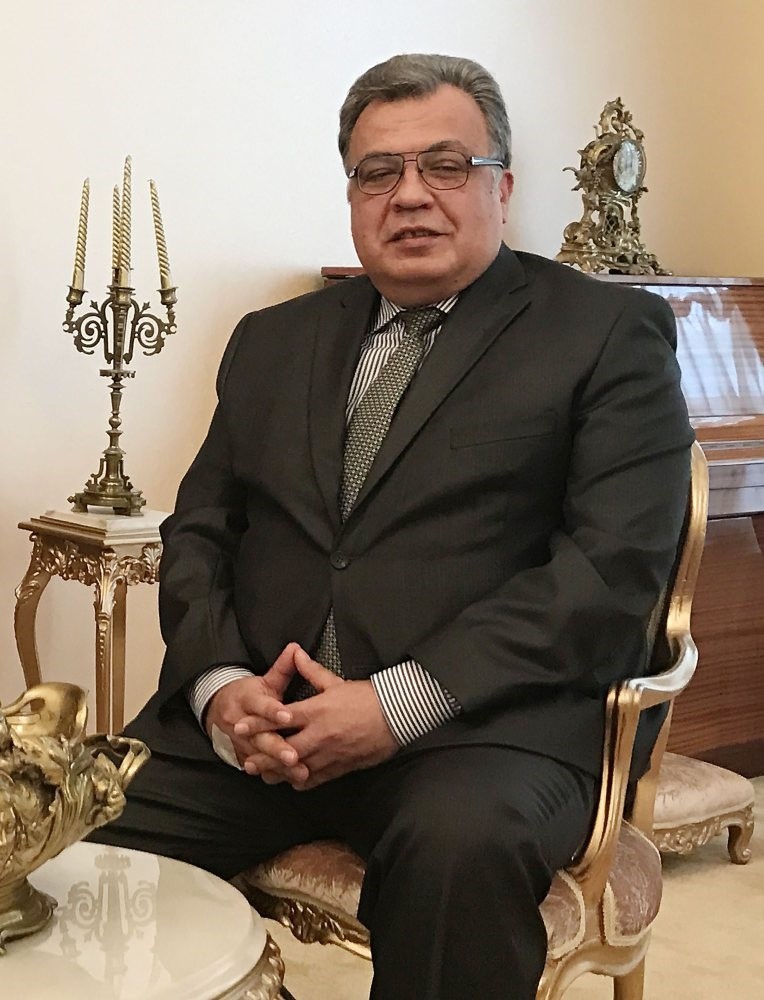 The Istanbul Metropolitan Municipalityu2019s Youth Council is holding a diplomacy school in honor of the former Russian Ambassador Andrey Karlov, who was shot last December by a FETu00d6-linked police officer.
by Daily Sabah Sep 14, 2017 12:00 am

The Istanbul Metropolitan Municipality Youth Council is holding a diplomacy school for the memory of the Russian Ambassador to Turkey Andrey Karlov who was killed in a suicide attack in Ankara with the purpose of damaging the relations between Turkey and Russia.

The Youth Council continues its activities in its fifth period under the presidency of Samed Ağırbaş. Aiming to contribute to the development of young people, the Youth Council attracts huge attention with its works and carries out projects creating a huge impression at home and abroad.

The program, which has been held each year since 2015 by the Istanbul Metropolitan Municipality Youth Council Grant Projects and Foreign Affairs Commission, is dedicated to the memory of Russia's Ambassador to Turkey Andrey Karlov, who was shot dead in Ankara in 2016, under the title of Policy and Diplomacy School European Studies. The first Policy and Diplomacy School, held for the first time in 2015 under the title of International Relations Academy, aims to embrace significant political, economic and social issues in our region and the world. The program will be held at Ali Amiri Culture Center between 9:00 a.m. and 6:00 p.m. on Sunday, Oct.1.

The agreement, which was signed between the Youth Council and President of the National Youth Council of Russia Grigory Petushkov in March, has offered an important platform to carry out joint projects advancing youth relations between young people from Turkey and Russia.

Fostering relations between young people from both countries is of great significance for the future of relations between the two countries. The project to establish a youth academy to honor Andrey Karlov's memory. 22-year-old off-duty policeman Mevlüt Mert Altıntaş shot the ambassador nine times in the back on Dec. 11, 2016 while he was delivering a speech at an photo exhibition in Ankara. The envoy later died in hospital.Police discovered evidence linking the suspect to the Gülenist Terrorist Group (FETÖ).