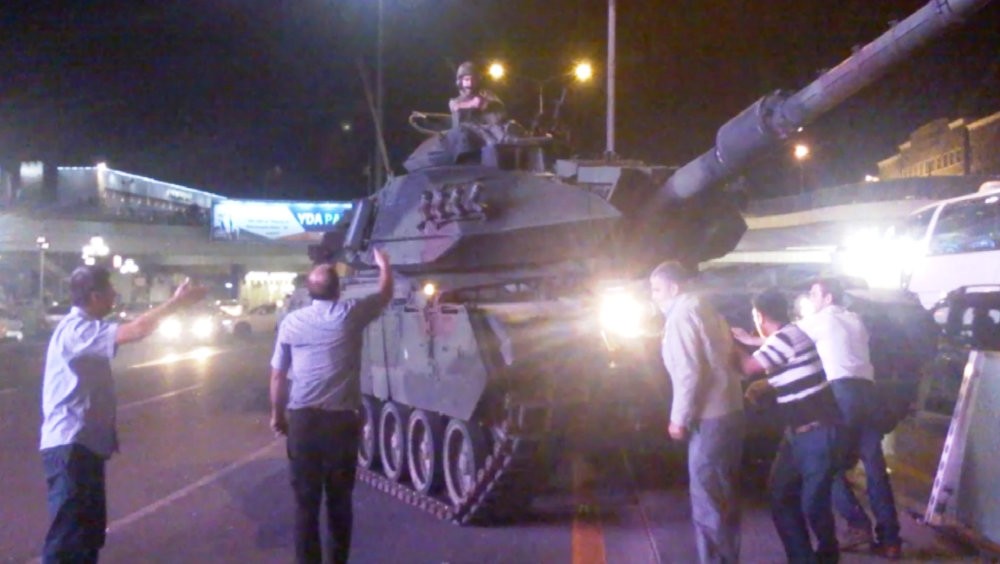 A former lieutenant colonel who ordered 15 tanks to attack the Office of the Chief of General Staff on the night of the coup attempt on July 15 last year admitted to the court that he gave the order before arguing that the civilians who opposed them were to blame for damaging the tanks.

Lt. Col. Nuri Büyükyazıcı, commander of the Mamak 28nd Infantry Brigade's tank battalion on July 15, 2016, told the Ankara court that he was engaged in a counterterrorism operation on the night of the coup attempt, denying he had anything to do with the Gülenist Terror Group (FETÖ). He said he ordered the tanks under his command to ride over all the obstacles in front of them while trying to reach the Office of the Chief of General Staff, which was their objective. "We rode over the obstacles because they prevented us from doing our jobs," he said.

He said he did not know those standing between his tanks and his objective were civilians and denied ordering his soldiers to fire on the crowds. "The footage may be tampered with. If I had ordered them to fire, there would have been hundreds of deaths," he said.

Those who damaged the tanks were responsible for the mayhem caused, he said, adding that he did not realize the cars the tanks rode over were police vehicles.

All evidence points to FETÖ's culpability in the coup attempt, directed by its fugitive leader Fetullah Gülen. FETÖ succeeded in infiltrating the military over decades. Gülen's operatives directed the putsch from Akıncı Air Base in Ankara, with jets bombing the Parliament and tanks on the streets of Ankara and Istanbul driving over civilians.