German municipalities under fire after cancelation of Turkish classes 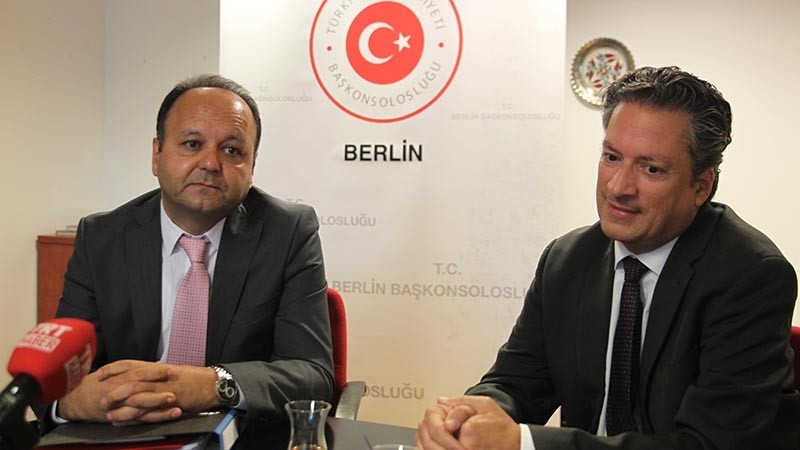 New regulations handed down by municipal officials in Germany placing restrictions on Turkish classes have raised eyebrows in Berlin as some classes are being canceled, causing concern among Germans of Turkish descent.

Amid increasingly strained relations between Ankara and Berlin, Turkish nationals living in Germany are growing concerned over the cancelation of Turkish classes as a result of new regulations by German municipalities.

An education counselor at the Turkish Embassy in Berlin, Cemal Yıldız, commented on the issue saying that Turkish officials are saddened by the new regulations, adding that the latest regulations launched under various pretexts raise new obstacles for Turkish classes being held in Berlin.

Speaking to Anadolu Agency, Yıldız pointed out that Turkish classes have been provided in Germany for 40 years by teachers appointed by the Turkish Ministry of National Education, adding that some district municipalities have recently implemented new regulations that affect these courses.

He also said that ahead of the new academic term, the Mitte municipality in central Berlin demanded 27,400 euros for classroom usage fees, adding that the municipalities in Friedrichshain and Kreuzberg have also announced the fee change, which will take effect on Jan. 28, 2018 and onwards. The municipalities said the new regulations are being handed down because Turkish classes are not included on the academic curriculum.

In the wake of the new regulations set by the Mitte Municipality, Yıldız pointed out that the regulations will affect 571 students in 17 schools, adding that the Turkish Ministry of Education fears other municipalities could follow suit with the same regulations.

The counselor stressed that while the parents of Turkish-German students who attend the classes work, pay taxes and contribute to the economy of Germany, their basic demands are being disregarded as a result of the new regulation, adding that efforts to provide Turkish classes will continue despite the development.

Yıldız underscored that despite unstable relations between Turkey and Germany, political issues should not have implications on education. Amid efforts to allay the concerns of parents, Yıldız reiterated that the Turkish government will address the needs of its citizens in Germany with regard to the issue.

Relations between Ankara and Berlin have soured recently, particularly in the aftermath of the failed coup attempt last year. Turkey has accused Germany of harboring members of terrorist groups including the Gülenist Terror Group (FETÖ) and the PKK terrorist organization.