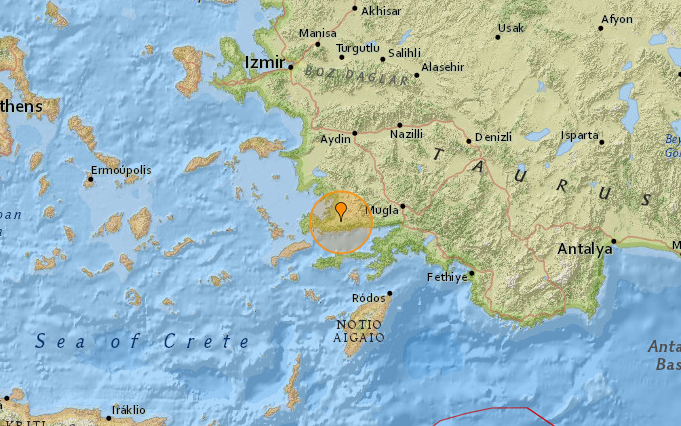 An earthquake measuring 4.6 on the Richter scale hit the resort town of Bodrum in Turkey's southwestern Muğla province early Saturday, according to the country's Disaster and Emergency Management Authority (AFAD).

The tremors were felt across neighboring towns but no damage or injuries were reported.

Turkey, situated on major seismic fault lines, is regularly hit by earthquakes. The Aegean coast has witnessed several quakes above 5-magnitude since the start of the year.

In July, two foreigners died and more than 100 people were injured on the Greek island of Kos when an earthquake shook the popular Greek and Turkish holiday destinations in the Aegean Sea.