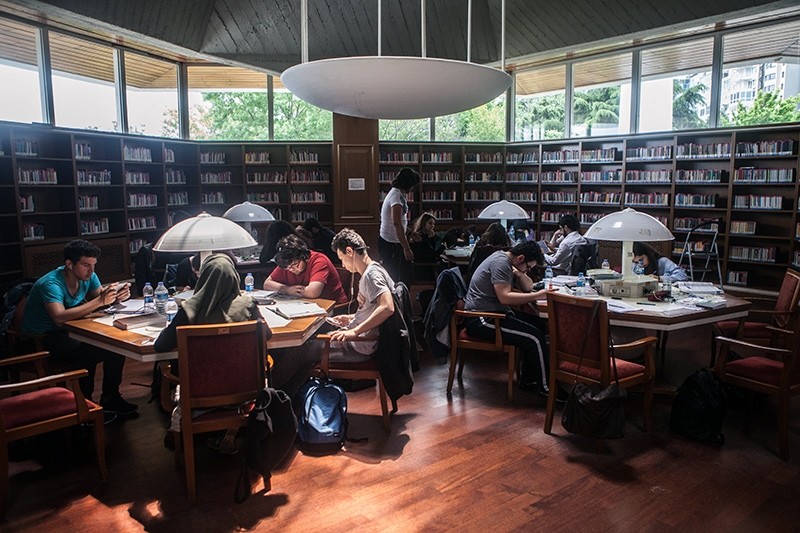 Atatu00fcrk Library in Istanbul's Taksim district (File Photo
by daily sabah
Sep 29, 2017 12:00 am
There is only one public library per 70,000 people in Turkey, according to a recent report published by International Federation of Library Associations and Institutions (IFLA).

2016 "Library Map of the World" revealed stark contrasts between the number of libraries throughout the world, noting that in European Union (EU) states, 6,200 people share a public library.

Professor Bülent Yılmaz of Hacettepe University's Directorate of Library and Documentation commented on the publication, stating that at present, Turkey is unable to provide adequate library services to its public, Anadolu Agency reported.

While Turkey's population is the largest in Europe, it offers access to fewest public libraries, with just 1,137 in the country. There are 5,021 public libraries in Germany, 6,042 in Italy, and 16,100 in France, the report said.

Not surprisingly, the number of public library members corresponds to available libraries, with Turkey once again ranking at the bottom of the list.

As Yılmaz remarked, the 2016 map depicts the desperate situation of Turkey's public library system. An aggressive, well-organized development plan is necessary for Turkey to boost public engagement with libraries, he added.

To match the EU's per capita library average, Turkey would need to multiply its current library resources by 10, providing 12,693 libraries for its growing population.