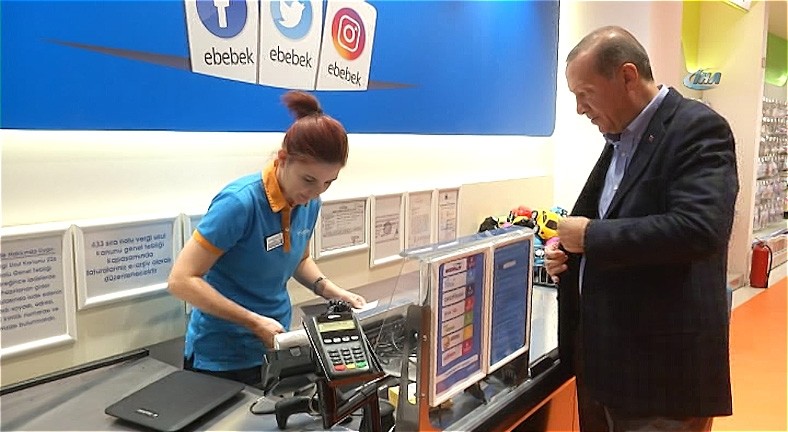 Shortly after attending the opening ceremony of a mall in Erzurum, where he also attended a meeting of the Justice and Development Party (AK Party), the president entered a retail store for newborns and children.

He purchased two pairs of pink shoes, as well as a few pieces of newborn clothing.

When he approached the cash register to pay, the cashier told Erdoğan that he does not need to pay, as a sign of welcoming him to the store, but the president replied: "No way, I will pay."