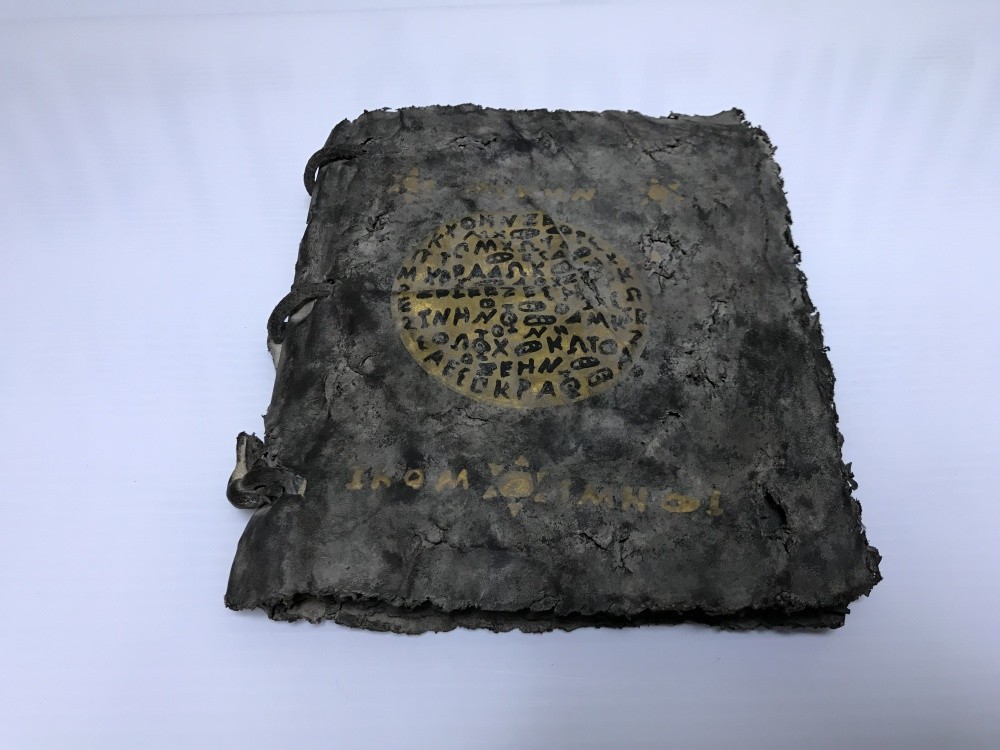 The Bible is written on gazelle vellum like another Bible seized in Turkey after it was smuggled from Syria. (AA Photo)
by Daily Sabah Oct 03, 2017 12:00 am

Turkish police confiscated a Byzantine-era Bible in the capital Ankara. A Syrian suspect was detained as he was trying to smuggle the artifact worth about $1.5 million abroad. Doğan News Agency reported that the Bible was smuggled from war-torn Syria.

In March, Turkish gendarmerie troops seized an ancient Bible that was also smuggled into Turkey from Syria. That Bible was stolen from a museum in war-torn Syria.

Turkey shares a lengthy border with Syria and has seen a tremendous influx of refugees fleeing from a country destroyed by the civil war entering its sixth year in March. Turkey claims that border security and customs officers are trained to deal with cross-border smuggling operations. Customs officials, art dealers and collectors were also given an emergency list of possible artifacts that could be smuggled into the country.