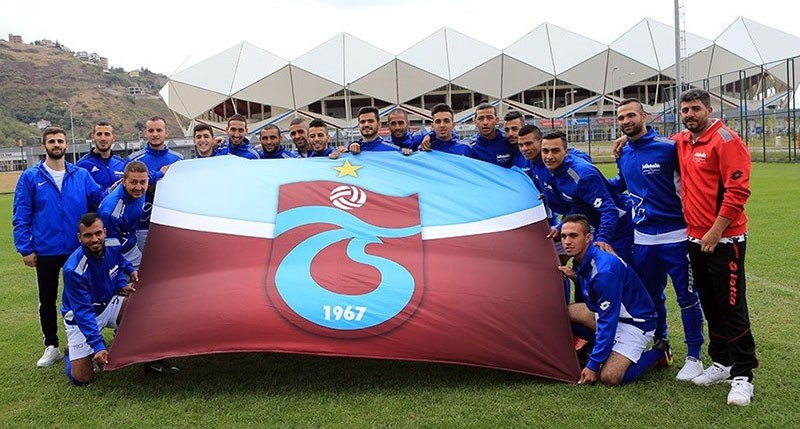 A Palestinian sports delegation from Jerusalem came to the Turkish Black Sea city of Trabzon on Tuesday to train players at the city's football facilities.

The visitors from the East Jerusalem-based ‎Burj Alluqluq Social Center Society led by its head Nasser Ghaith were received by Trabzon mayor Orhan Fevzi Gümrükçüoğlu, who expressed his joy over hosting a delegation coming from Muslims' first kiblah (direction of prayer).

"The legacy left to us, our brotherhood with Palestine, with Jerusalem will last forever. Under the leadership of President Recep Tayyip Erdoğan, who promotes the understanding of Muslims being brothers and sisters to one another, Turkey will stand by Palestine forever," Gümrükçüoğlu said.

The mayor also said that he was delighted to see Palestinian youth seeking unity through sports, thanking everyone responsible for encouraging them to remain athletic and healthy people.

The ‎Burj Alluqluq football team, which plays in Palestinian second division, will camp at the Trabzonspor facilities, Ghaith said, expressing his gratitude to the Turkish club and local officials.

The Palestian team's coach Faraj Abu Ramuz said they wanted to camp in Turkey and have been talking with the embassy on the possible arrangement.

"Trabzonspor said it would host us. They told us that we would be able to use their facilities. We were received very well here. We thank everyone," Abu Ramuz said.

Burj Alluqluq player Nadi Hijazi said he was happy as a footballer to be in Trabzon, adding that he could not imagine to get such an opportunity as to train on Trabzonspor grounds.

Gümrükçüoğlu also said that he will maintain the established contacts, promising to visit Jerusalem in the near future, while Ghaith said they would be glad to host a Turkish delegation.