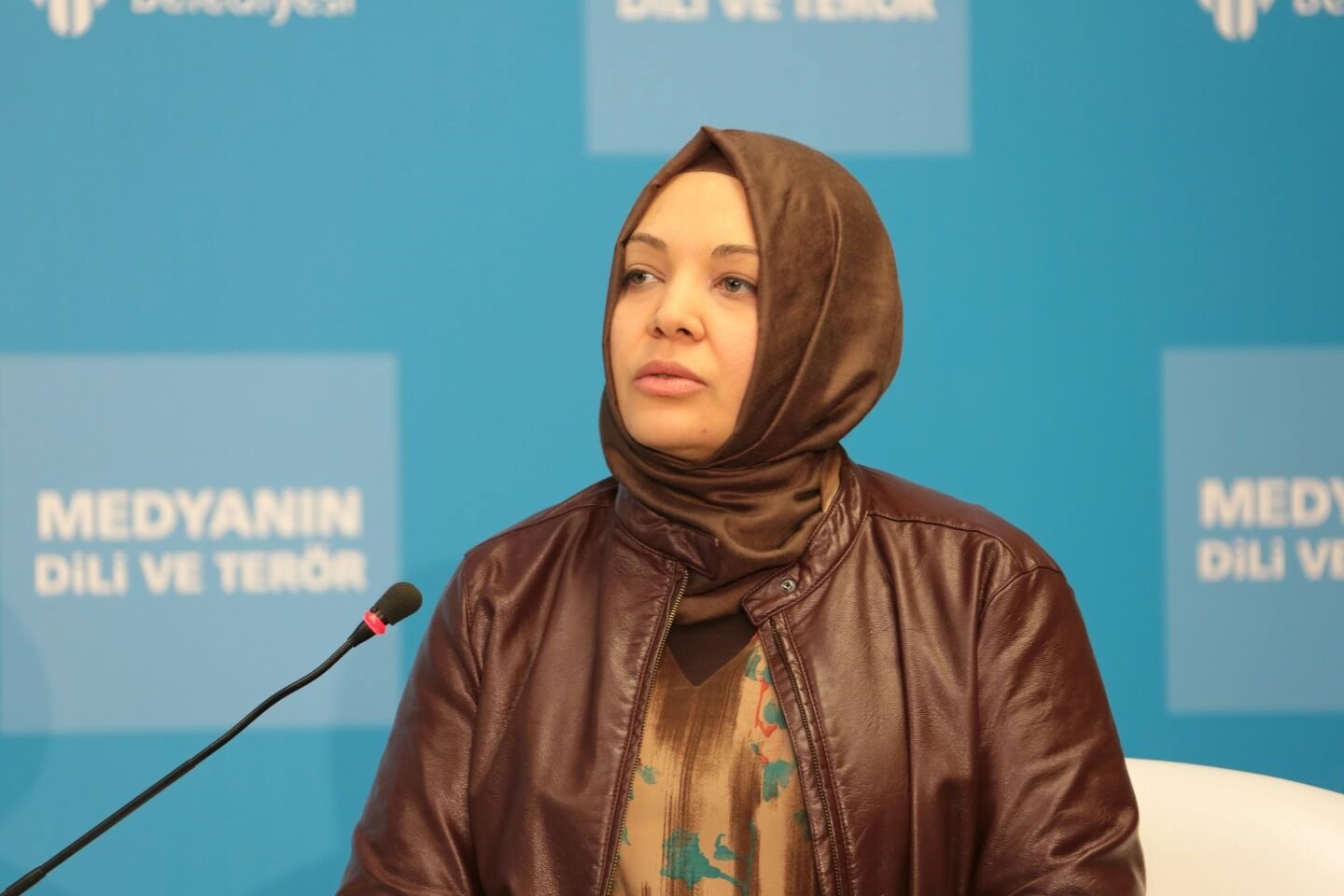 Journalist Hilal Kaplan speaks at a panel on media's effect on terrorist activities in Istanbul, Turkey. (Sabah Photo)
by Daily Sabah Oct 06, 2017 12:00 am

Turkey's Media Association has condemned the U.S. embassy in Ankara and envoy John Bass over cancelling an invitation to Daily Sabah and its sister newspaper Sabah columnist Hilal Kaplan over a report about an embassy employee published on Sabah daily.

The statement released by the association Friday said the cancellation showed Bass and other embassy officials' hypocritical attitude regarding the freedom of speech.

Earlier on Friday, the U.S. embassy canceled Kaplan's invitation to a meeting with Bass over Sabah's headline about one of its employees' suspected links to the Gülenist Terror Group (FETÖ).

The media association said the move was "an ugly censorship attempt to silence media" and prevent uncovering the facts.

"The U.S. embassy has only punished itself by trying to punish a journalist over investigative reporting activities conducted by the newspaper she has been working with."

The statement urged the embassy to follow a more democratic, transparent and balanced policy in its relations with media outlets.

Metin Topuz, the embassy employee in question, was arrested on Wednesday after his detention last Saturday as part of an Istanbul-based investigation. Media outlets reported that he was detained for espionage and attempting to overthrow the constitutional order, a terrorism charge FETÖ members face, for his contacts with the group's alleged infiltrators in law enforcement.

He also made phone calls to Zekeriya Öz, a fugitive prosecutor who was allegedly behind a string of sham trials by FETÖ to imprison its critics. Öz, who is believed to be in Germany after he fled Turkey, faces life terms. The prosecutor is also one of three men with suspected links to FETÖ who faces allegations that they sought to overthrow the government by conducting an anti-corruption probe based on false evidence to imprison those close to the government.

The anti-graft probe was followed by two operations by Gülenist police officers in December 2013, which found FETÖ's broad clout in the country. The sons of Cabinet ministers and prominent business figures were rounded up in operations that sought to link the ministers to corruption. The government calls the operations a Gülenist coup attempt.