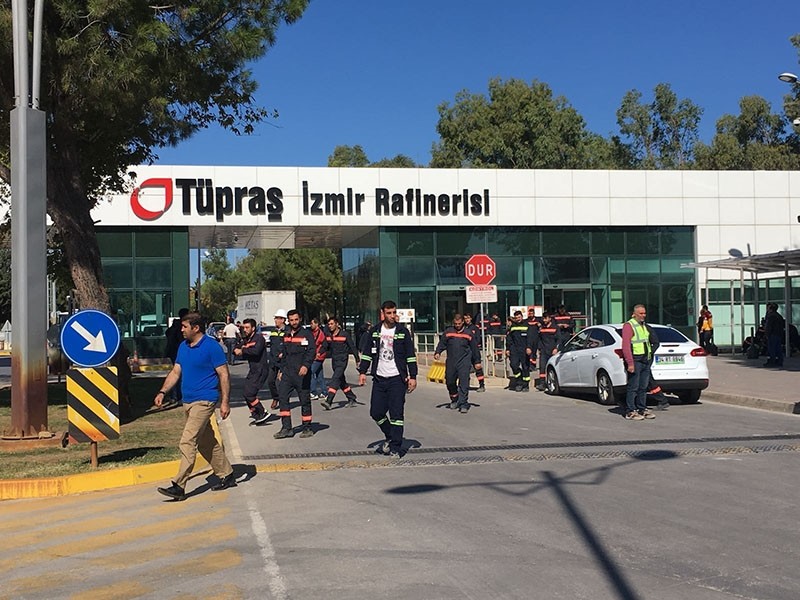 Four workers were killed and two others wounded in an explosion at the Tüpraş Aliağa Refinery in the western province of İzmir on Tuesday, District Governor Bayram Yılmaz said.

Yılmaz said that the explosion took place due to gas entrapment during the maintenance of a naphtha tank that had not been used for a long time.

He added that there was no fire after the explosion and production has resumed at the refinery.

An initial statement from the company said the explosion took place at 9:25 a.m. local time during maintenance of a product storage tank and the refinery's technical units intervened in the incident. Four workers from a sub-contracting firm were killed, it added.

The refinery, operated by Turkey's only oil refiner in the Aliağa district, is the country's second-largest in terms of its annual processing capacity of 11 million tons.

The facility is located in a heavily industrialized area right next to a petrochemicals manufacturing plant, another oil refinery and several other oil and gas industry facilities.