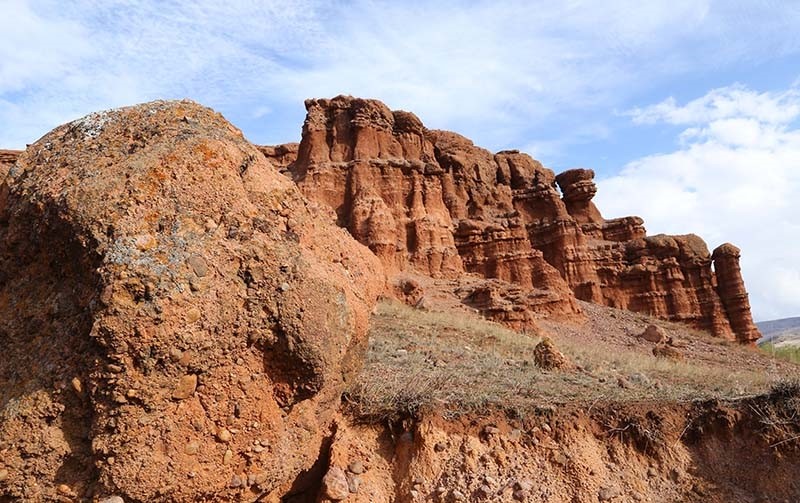 The Narman fairy chimneys, the eroded columns of eastern Turkey's Erzurum province, are now open to visitors, expected to attract up to 6 million per year.

Geographer-researcher Serdar Karahan claimed the site has the potential to attract 6 million tourists a year, highlighting the visual beauty of the volcanic landscape and adding that the most beautiful vistas can be seen in winter and spring.

"The only similar example of erosion columns is found in the Grand Canyon in the U.S. state of Arizona," Karahan said, remarking on the unique formation and structure of the site.

According to research, the area where the eroded columns are located was covered with water 300 million years ago. It was formed as a result of erosion, as rivers gradually transported sediment to a settlement basin around 2.5-3 million years ago.