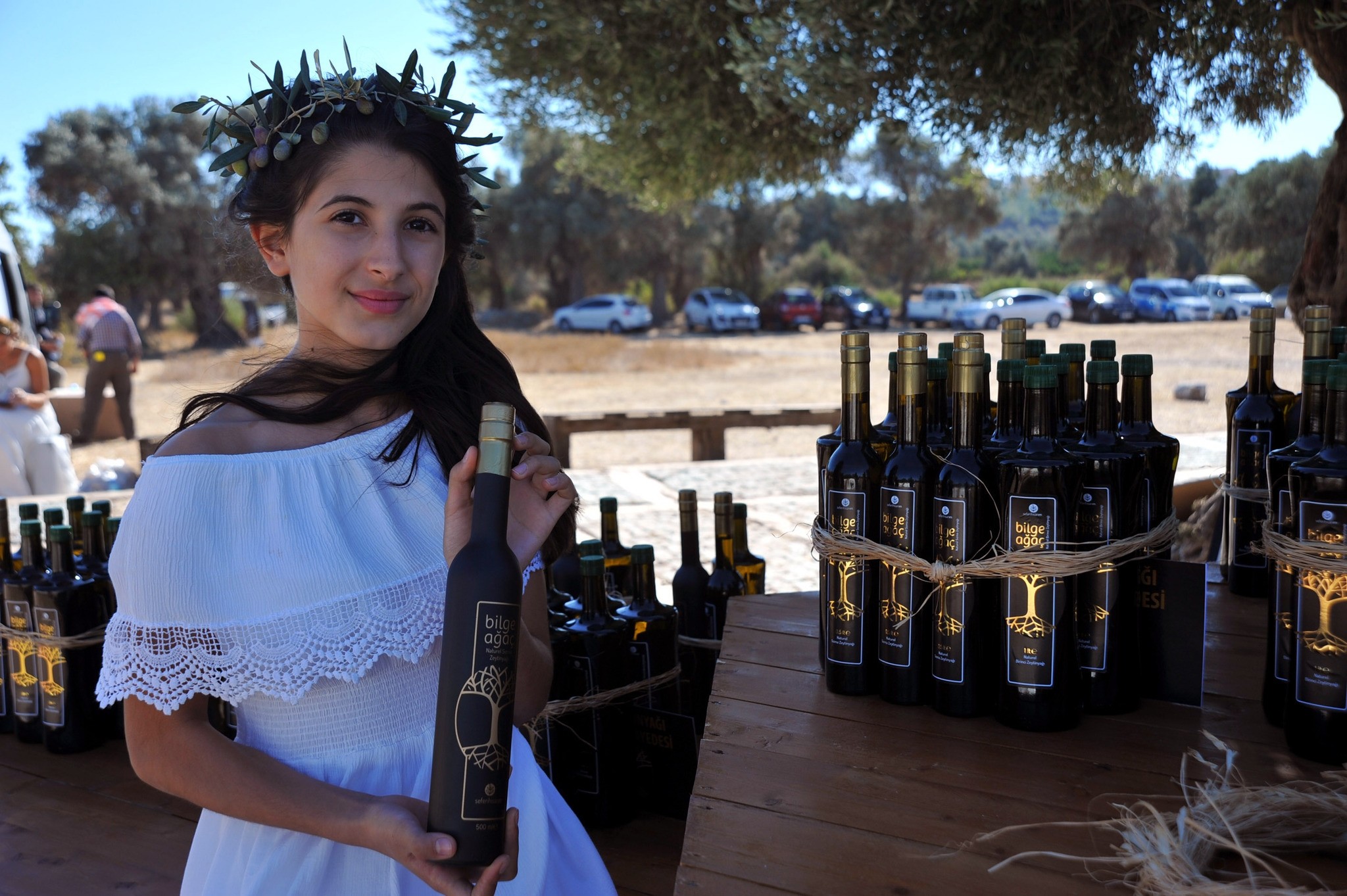 Half a liter of olive oil produced from a 1,800-year-old olive tree sold for 22,000 Turkish lira ($6,046) in the ancient city of Teos in Izmir's Seferihisar district in western Turkey.

Şah Tuğrul, the buyer, stated that he intended to support the work to value and protect ancient trees and their olives.

At the auction, 137-liters of oil sold for 49,200 lira, which were extracted from Seferihisar district's more than 200 olive trees that are older than 500 years.

The oil was extracted by using traditional methods, according to a statement issued by the Seferihisar Municipality.