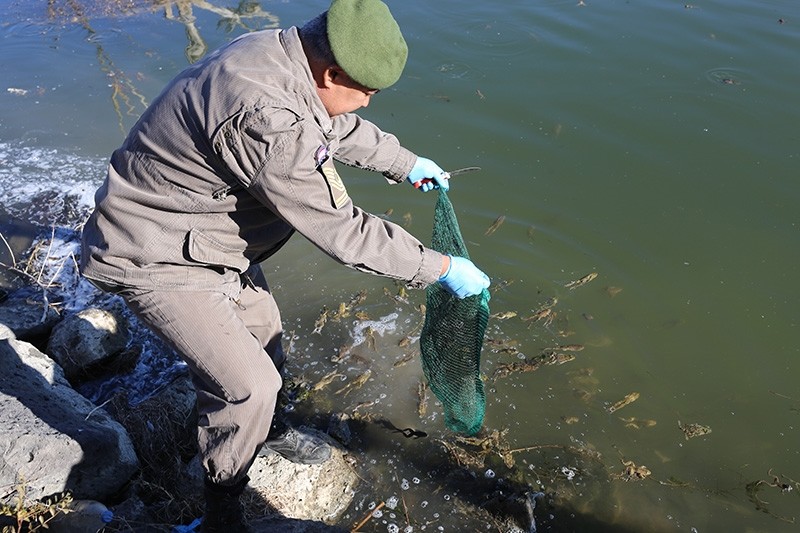 Five frog smugglers were taken into custody by the police for trying to smuggle 7,500 frogs hidden in their car in the Nevşehir province of central Turkey.

Police officers stopped a minibus at a checkpoint on the Gülşehir-Hacıbektaş highway. During a routine check of the vehicle, police reported finding about 37 bags filled with small frogs captured illegally in the cities of Çankırı, Kırıkkale and Kırşehir.

After apprehending the smugglers, police released the frogs into a body of water in Gülşehir, Nevşehir.

Hunting frogs is legal at certain times of the year, if given license by the province, said Head of the Provincial Food Agriculture and Livestock Directorate Hasan Hüseyin Doğançay.

This is the first instance of frog smuggling in the city, Doğançay added.

Nevşehir province is home to the ancient city of Cappadocia, whose nature and history make it one of the most popular tourist destinations in Turkey.