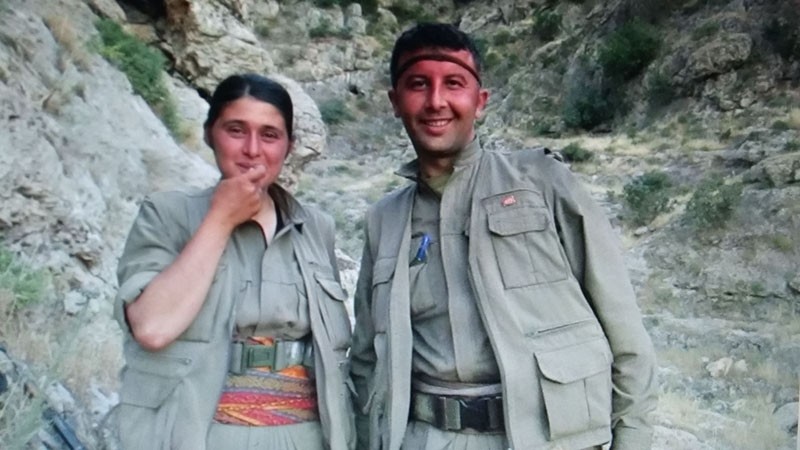 A senior female commander of the PKK terrorist group responsible for a number of attacks was apprehended in southeastern Turkey, according to a statement by the Mardin Police Department.

PKK commander Necla Atak, known as Zelal, who had been wanted for 13 counts of crimes with the terrorist organization, was arrested along with several other PKK-linked terrorists who provided assistance to her.

PKK and its affiliates forcibly recruit underage girls without the consent of their families, along with other abuses.

Atak was believed to be responsible for numerous terrorist attacks, including shootings and bomb attacks.

Six other operatives were also arrested, and large numbers of weapons and ammunitions were seized during the operation.

The operation was carried out by intelligence agents and police special operation teams, overseen by the chief public prosecutor of Kızıltepe, Mardin.

The PKK is classified as a terrorist group by Turkey, the U.N. and EU, among others.

For more than 30 years, the PKK has waged a terror campaign against Turkey leading to the deaths of more than 40,000 people, security forces and civilians alike, including more than 1,200 since July 2015 alone.