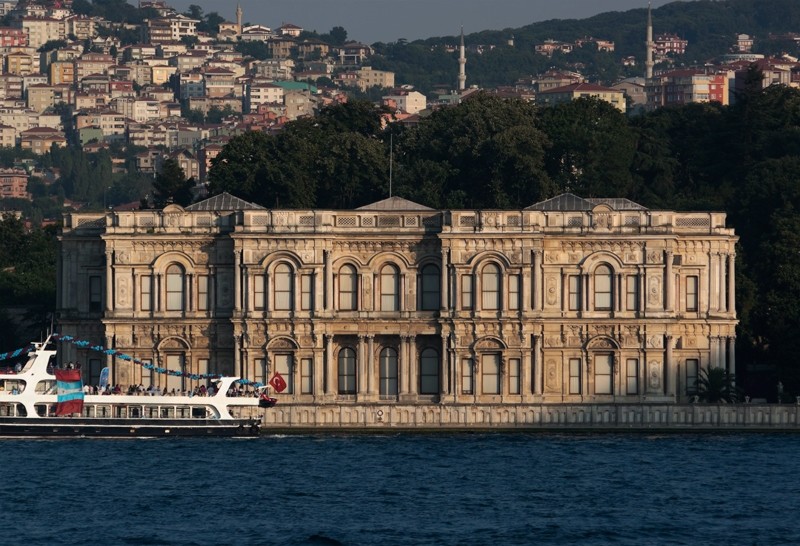 The number of visitors to historical palaces, museums, mansions and pavilions increased from 694,000 in 2016 to 772,000 in 2017, according to the Grand National Assembly of Turkey (TBMM).

Dolmabahçe Palace in Istanbul's Beşiktaş district, which was the final seat of the Ottoman rulers, was the most popular destination with 456,714 visitors in 2017.

Built between 1843 and 1856, the name of the palace translates into English as "filled garden" since it was built on reclaimed land on the European coast of the Bosporus.

Home to six sultans, the palace was later used as a palace and presidential summer residence by the founder of the Turkish Republic, Mustafa Kemal Atatürk. He spent his final days in the palace, where he died on November 10, 1938. The palace is frequently visited by Turks on national holidays, and the number of Dolmabahçe visitors increased by nearly 80,000 compared to the previous year.

Beylerbeyi Palace, across from Dolmabahçe on the Bosporus, followed its neighbor with 73,270 visitors. Meaning "Lord of Lords," the palace located in the Üsküdar district of Istanbul's Asian side was a summer residence and was used to host foreign heads of state.

Ihlamur Palace, an Ottoman summer palace in the Beşiktaş district that was once a resort location in the city, came third with 65,920 visitors.

According to the statement, 2,691 square meters of corridor carpet were produced specifically for Dolmabahçe's harem building. Additionally, 412 drapes, 602 window shades, 188 voile panels and 45 curtains were produced during the restoration process.

The restoration of 963 artifacts is complete, with projects for more than 70 other artifacts ongoing.

According to the Ministry of Culture and Tourism, 12.3 million people visited Turkey in the first six months of this year, a 14.5 percent increase from 2016.