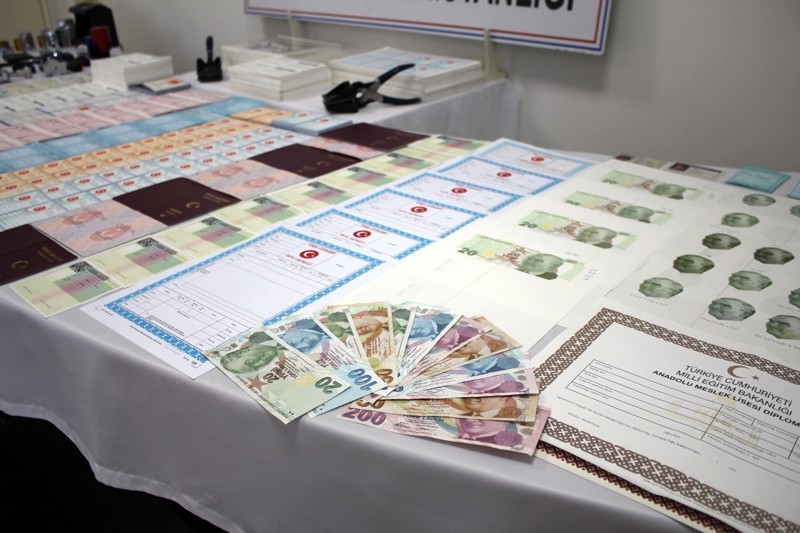 Two suspects were arrested in Istanbul under charges of selling counterfeit passports and ID cards to terrorist organization members and illegal migrants.

The suspects, Ö.Ş. (50) and Z.A.Ç. (57), had conned Turkish citizens to obtain personal information which they later sold to migrants who entered the country illegally.

The sale of the fake documents hindered officials from apprehending other suspects and finding stolen cars, gendarmerie said.

The operation revealed the relative ease of obtaining counterfeit identity documents in Istanbul.

The dealers are also suspected of selling fake documents to members of terror organizations such as Daesh, FETÖ and the PKK.

FETÖ is accused of orchestrating multiple coup attempts in Turkey, and its members face terror charges.