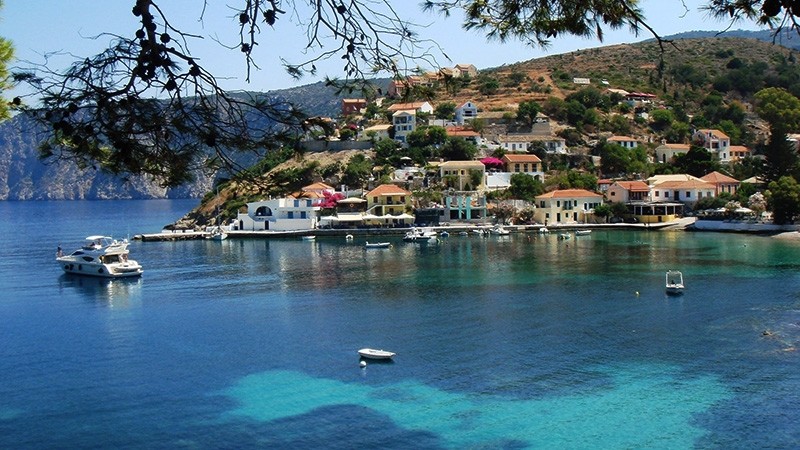 The Municipality of Bozcaada, located in the northeast of the Aegean Sea, announced its plans to ban all motorized vehicles on the island due to intensive traffic in the popular vacation spot during the summertime.

According to the Mayor of Bozcaada Hakan Can Yılmaz, no wheeled vehicles will be permitted for tourists or visitors of the popular summer resort. Pointing out that residents still will be allowed to have the motorized vehicles, Yılmaz highlighted that the project aims to forbid cars and scooters on the island completely in the upcoming years.

The municipality also reportedly plans to use eco-friendly vehicles for public transportation as part of its efforts to provide more comfort for visitors and island residents.

Emphasizing the island's natural beauty, Yılmaz stated that the municipality aims to protect the island from environmental pollution caused by fossil-fueled vehicles.

"We see this project as a first step toward reaching our goal. The lack of cars will allow the air to be free of pollution on the island, and that will contribute to the island's development as a touristic destination," Yılmaz said.

According to the mayor, the first concrete step toward a possible transition to eco-friendly vehicles was made this year. Eight tourists were picked up from the ferry port and taken to their hotels by two eco-friendly golf cars.

"We received very positive feedback from both our guests and island residents in this regard," he said.

Bozcaada, an island also known by its Greek name Tenedos, is surrounded by vineyards, scattered pine woods with beaches in its south, which attracts great attention from families and nature lovers. The small island is also a district of Çanakkale province.

With an area of 39.9 km² it is the third largest Turkish island after Imbros and Marmara. The residents' main sources of income are tourism, wine production and fishing, which is not surprising as the island has been famous for its grapes, wines and red poppies for centuries.

As Tenedos, it is mentioned in both the Iliad and the Aeneid; in the latter as the site where the Greeks hid their fleet near the end of the Trojan War in order to trick the Trojans into believing the war was over and into taking the Trojan Horse within their city walls. The island was important throughout classical antiquity despite its small size due to its strategic location at the entrance of the Dardanelles.

In the following centuries, the island came under the control of a succession of regional powers, including the Achaemenid Persian Empire, the Delian League, the empire of Alexander the Great, the Kingdom of Pergamon, the Roman Empire and its successor, the Byzantine Empire, before passing to the Republic of Venice.