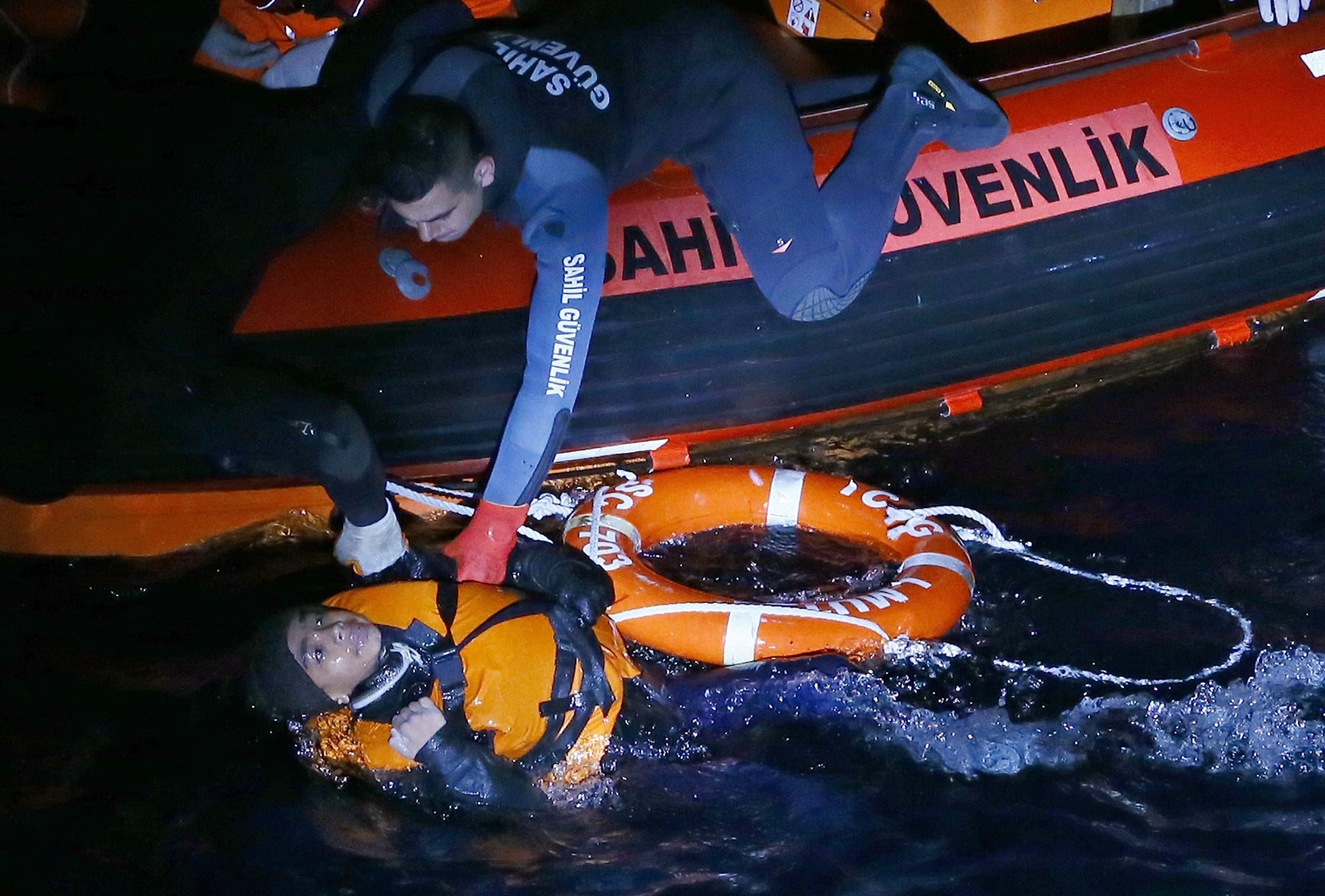 A favorite destination for migrants aspiring to reach Europe, Turkey has intercepted more than 644,000 migrants in the past seven years, the latest statistics show

Turkey pursues a comprehensive fight against irregular migration, which has been a growing concern due to the rising number of migrants. In the past seven years, the country intercepted 644,171 irregular migrants, according to the latest statistics. The number of irregular migrants intercepted was 32,667 in 2010 but then skyrocketed to 146,485 in 2015 at the height of the civil war in Turkey's southern neighbor Syria. It rose further to 174,466 in 2016.

The country is both a transit and final destination for migrants, particularly from Syria, Afghanistan, Pakistan, Iran, Iraq, Congo, Bangladesh, Somalia and Palestinian territories. Turkey is also favored by illegal immigrants seeking jobs, and mostly Moldovan, Ukrainian, Romanian and Georgian nationals prefer it for jobs as undocumented workers.

According to the statistics, Edirne, İzmir, Istanbul, Ağrı and Hakkari were the cities with most intercepted immigrants this year. Edirne houses Turkey's border with Bulgaria and Greece and is a main land route crossing point into Europe for migrants. İzmir, the country's third largest city, lies on the Aegean shore where Greece is littoral. Migrants, especially those from war-torn Syria, arrive in the city either to take the shortcut to the Greek islands on the Aegean Sea a few miles off the Turkish coast or to stay in the city whose population is largely made up of Turkish migrants. Istanbul, the country's most populated city, attracts migrants from all across the globe and is especially popular among illegal workers from former Soviet republics. Ağrı and Hakkari are situated on the eastern and southeastern border of Turkey, respectively, and they serve as gateways for migrants from Asian and Middle Eastern countries. Recently, Turkey's northern coast has become a new destination for migrants trying to reach Romania and other countries littoral to the Black Sea. It has replaced the Aegean coast in western Turkey, where such tragedies were common before Turkey and the EU signed a deal to curb the influx in 2016. Since 2010, security forces arrested 17,890 human smugglers, statistics indicate. Images of migrants holding onto sinking dinghies are long gone thanks to the deal between the EU and Turkey that brought tighter patrolling of the Aegean Sea against illegal immigration and regulated the resettlement of Syrian refugees from Turkey into Europe. Still, a smaller number of migrants continue to risk their lives on a daily basis to reach Greece, while EU countries bicker over quotas on the number of migrants each supposedly should take and the burden of hosting refugees. The struggle against migration is not limited to simply stopping migrants. Over the past two years, 3,703 migrants were deported, and 2,555 migrants voluntarily returned to their countries or countries they arrived from under the Voluntary Return Project by the migration authority.

Turkey hosts 8,186 centers for migrants, pending repatriation, and aims to increase it to more than 15,000.