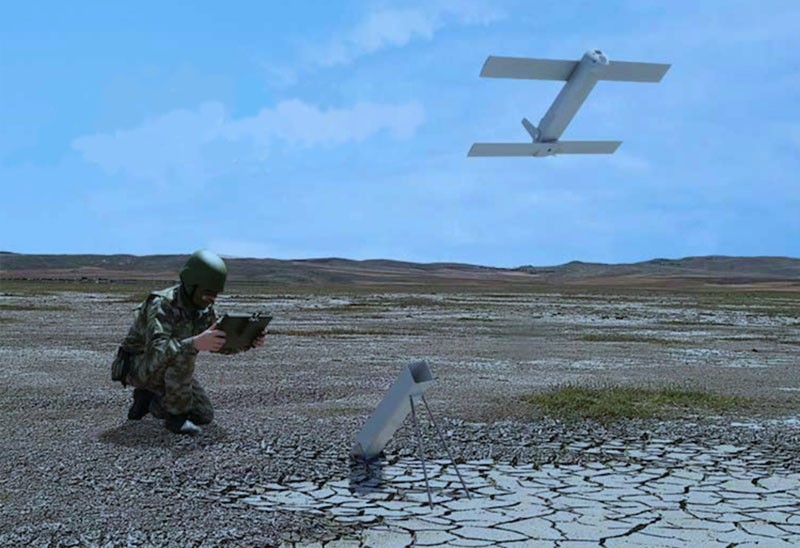 Turkey's "kamikaze drone" series, a prominent product of the Turkish defense industry, is getting ready to go to the field.

İsmail Demir, the Undersecretary of Defense Industry (SSM) and Chairman of Defense Technologies Engineering (STM), told Anadolu Agency that the "kamikaze drone," developed by STM and exhibited for the first time at the 13th International Defense Industry Fair (IDEF) in May, has begun mass production.

Kamikaze drones, lightweight and often operable by a single soldier, are designed to crash into a target to detonate a warhead.

The development of these "new soldiers in the Turkish sky" is an important step in Turkey's combat technology as well as operational skill, expected to be used heavily in anti-terror operations.

The Turkish military plans to use TOGAN as its first autonomous intelligence drone, in conjunction with the "kamikaze drones" KARGU and ALPAGU to perform "multi-drone operations."

ALPAGU, weighing 3.7 kg, can be operated by a single soldier within a five kilometer range, carrying out autonomous precision strikes on moving targets during day or night.

KARGU, 6.3 kilograms, fulfills similar tasks to that of ALPAGU, but has the structural difference of rotating wings.

TOGAN, 7.5 kilograms, is useful for exploration and surveillance missions, and can automatically detect and classify moving or stationary threats and perform flight tasks without the need of an operator.

In order to reach Turkey's 2023 vision goals concerning national defense systems, companies are set to launch more advanced UAVs. Currently, some 10 to 15 UAVs are serving in terror zones, with 30 Bayraktar UAVs continue to operate in the inventory of the TSK and the General Directorate of Security.