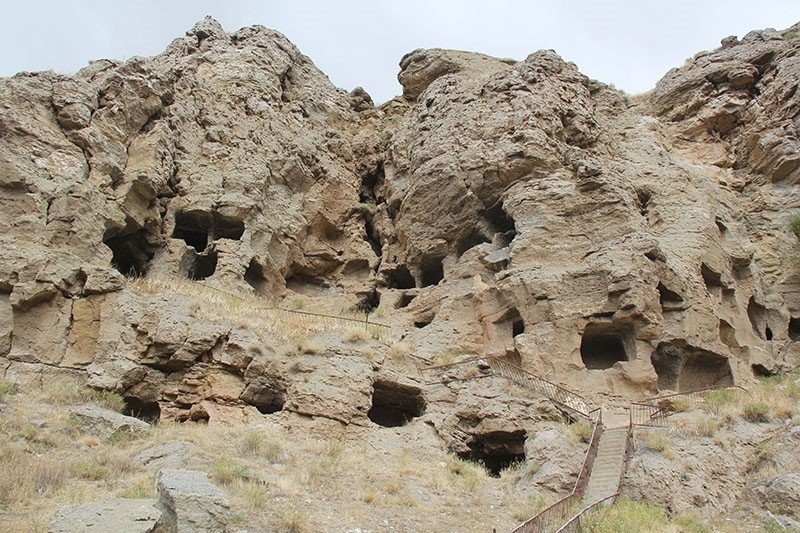 The 4,500-year-old rock caves of central Turkey's Sivas province will likely undergo restoration, in hopes to protect them from deterioration and draw visitors to the ancient site.

The nearly 100 caves carved into a rocky hill are believed to have survived the Stone Age. On the walls of the caves, archaeologists found religious motifs thought to have been drawn in the third century B.C.

Yet today, there is no conservation work or research is done at the caves. Natural weathering has deteriorated them, burying valuable Stone Age vestiges.

Many of the caves have been closed because of large cracks and falling rocks.

"In the past these caves were like a neighborhood," said Tödürge resident Mehmet Bahattin Yılmaz, 72. "Now the entrances and exits are now closed off."

"As a child, I roamed and played in these caves," said Mehmet Kızılırmak, 74, adding that since then, the caves had lost much of their depth.

"We want people to come and see [the caves]. We want archaeological work done here."

Residents of Tödürge hope that restoration work will protect the caves and allow tourists to see the remarkable site for themselves.

The Zara district where the caves are located is about 400 kilometers northeast of Nevşehir, the site of the iconic caves of Cappadocia.