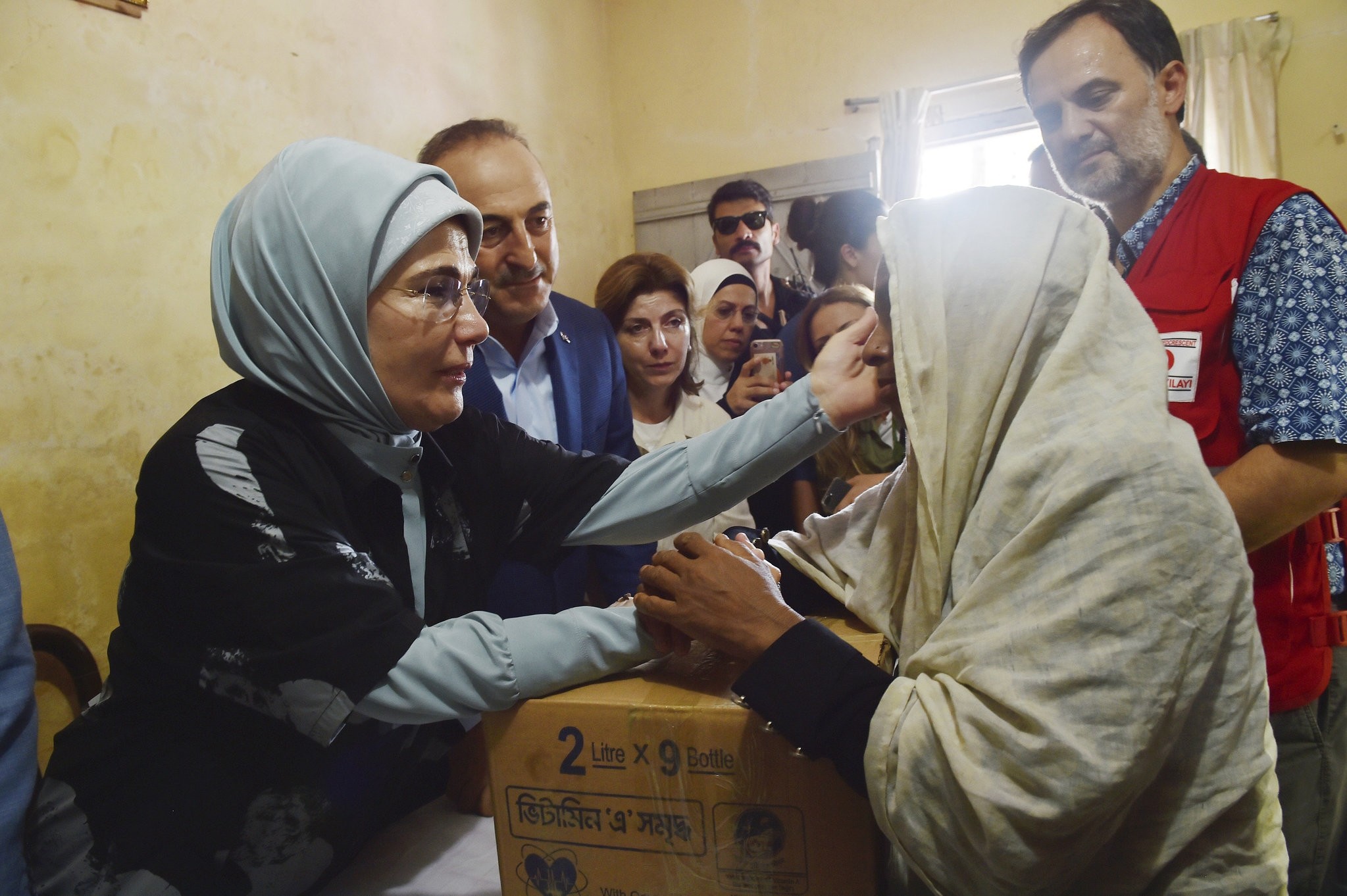 The U.N. high commissioner for refugees on Monday hailed Turkey as "a generous humanitarian donor" after it pledged to spend $50 million on supporting Rohingya refugees.

"l would like to say that Turkey continues to be a generous humanitarian donor globally besides the largest refugee-hosting country in the world," Filippo Grandi told Anadolu Agency in Geneva on Monday after an international donor-pledging conference for Rohingya Muslims who fled violence in Myanmar ended with Turkey saying it would provide $50 million for the refugees.

"We have to continue to improve the response to the very massive crisis, the biggest and the fastest we have seen in many years," Grandi said.

"More than 800,000 stateless Rohingya refugees in Bangladesh aspire to a life that meets their immediate needs for food, medicine, water, and shelter. But beyond that, a life that has hope for the future where their identity is recognized, they are free from discrimination, and are able to return safely to their homes in Myanmar. As we come together in solidarity, I want to thank Bangladesh and its refugee-hosting communities and the donors for supporting them," Grandi said.

The conference on Rohingya Muslims began on Monday.

Turkey had "one of the highest, if not the highest," pledge at the donor conference, William Lacy Swing, head of the U.N.'s International Organization for Migration, told Anadolu Agency following the conference.

"Together with planned projects and deliveries, the total amount of humanitarian aid provided by Turkey will exceed $50 million," Koru added.

Saying that the Rohingya crisis needs immediate and coordinated action, Koru said: "We are committed to continue our support to Rohingya Muslims in close coordination with the authorities in Bangladesh." 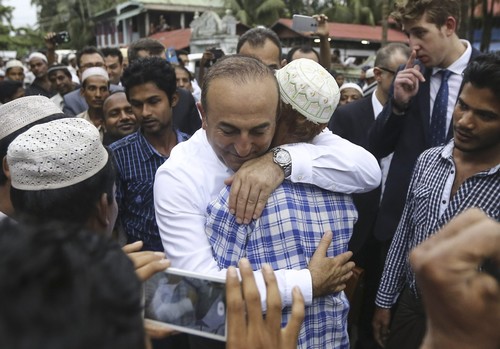 Also on Monday, it was revealed that the Turkish Red Crescent had raised more than $5.4 million for the Rohingya, Mehmet Güllüoğlu, the head of Turkey's Disaster and Emergency Management Authority (AFAD), told Anadolu Agency.

AFAD itself has collected $16.2 million since 2012. Other Turkish aid groups, like the Humanitarian Relief Foundation (IHH), have also been active in helping Rohingya refugees.

Meanwhile, at the Geneva conference, IHH representative Taha Keskin said: "We gladly announce that we are going to allocate $10 million for suffering Rohingya people through 2017 and 2018. We will continue to implement our projects from varied clusters through local organizations in Bangladesh and Myanmar."

The conference at the U.N. in Geneva raised $344 million in pledges for humanitarian aid to the Rohingya refugees, according to the U.N.

That amount falls $90 million short of the estimated $434 million required to meet their needs until February 2018, but more than half of that amount will be made up by an estimated $50 million worth of in-kind contributions, the U.N. said in a statement following the conference.

Separately, the Union of European Turkish Democrats (UETD) has donated 3 million Turkish liras ($810,000) of aid for the Rohingya Muslims via the Turkish Red Crescent.

At a ceremony in Istanbul marking the donation on Monday, Turkish Red Crescent head Kerem Kınık said the group donated the money to help bind the wounds of the ongoing humanitarian crisis in Myanmar.

UETD head Zafer Sırakaya said each individual in the European Turkish community gave support, even children from their pocket money and piggy banks, giving them hope for the future.

He added that this is probably the greatest-ever donation made from a European NGO to the Turkish Red Crescent. 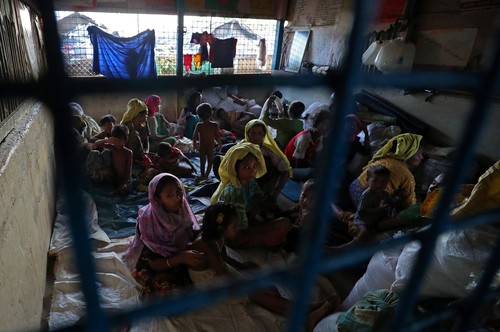 Since Aug. 25, over 600,000 Rohingya have crossed from Myanmar's western state of Rakhine into Bangladesh, according to the U.N.

Turkey has been at the forefront of providing aid to Rohingya refugees, and President Recep Tayyip Erdoğan has raised the issue at the UN.