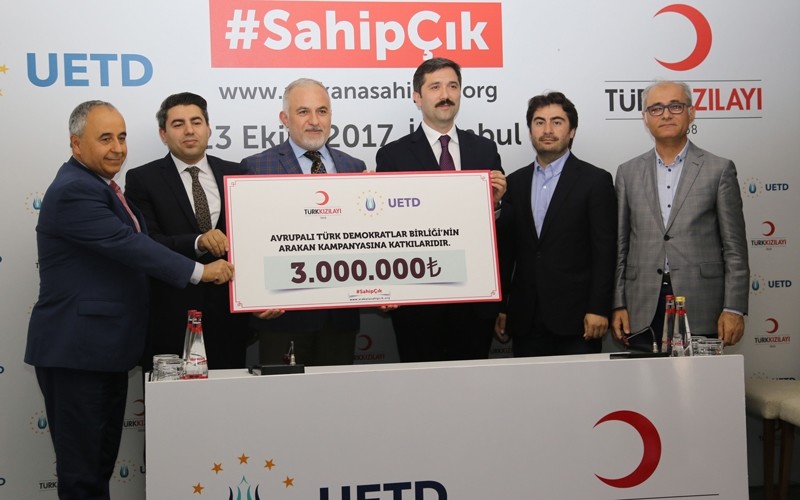 "With these funds, we aim to help over 600,000 people who were forced to leave their homeland after the operation launched against the Rohingya August 25, and over a million Rohingya Muslims who were forced to flee from ongoing violence in their country," Kınık said.

Highlighting that donations will reach victims of violence as soon as possible, Kınık reported that Turkish Red Crescent teams are delivering humanitarian and medical aid to Rohingya in both Bangladesh and Myanmar.

"The first country reacting to the Myanmar crisis was Turkey. The Union of European Turkish Democrats aims to support the sensitivity that the country had shown," said Sırakaya.

Violence broke out in Myanmar's Rakhine state after security forces launched an operation against Rohingya Muslims on Aug. 25 , forcing at least 120,000 people, including women and children to flee and seek refuge in neighboring Bangladesh.