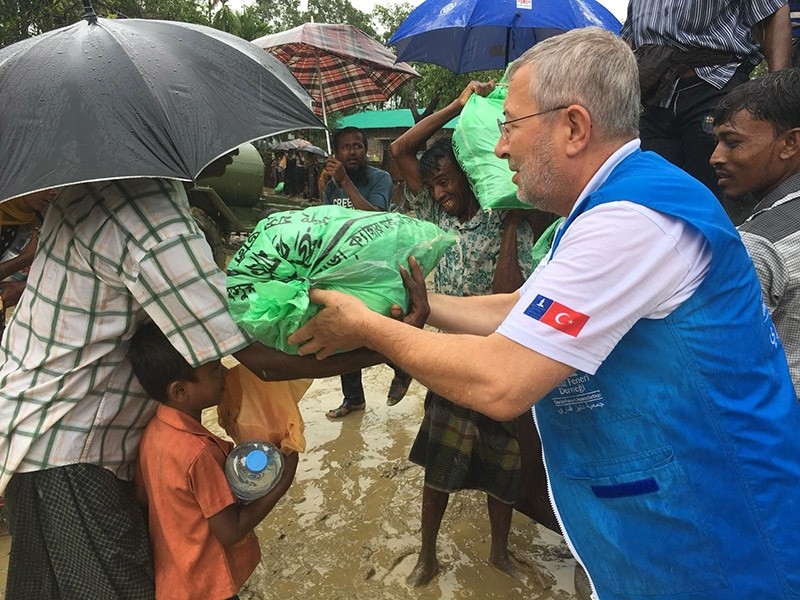 A Turkish aid agency plans to start a housing project for Rohingya Muslims, who crossed from Myanmar to Bangladesh to escape persecution from the country's armed forces, a statement said.

In a statement, Mehmet Cengiz, the head of Deniz Feneri Association, said that the agency is due to begin a project to build 1,000 houses in Bangladesh's Cox's Bazar with the help of the Turkey's Independent Industrialists and Businessmen Association.

"We have completed official proceedings. The construction will begin in the coming days," Cengiz said.

The agency's aim was to increase the number of the houses to 10,000 with the help of its donors, he said adding that cost of each house is around $800.

Since Aug. 25, over 607,000 Rohingya have crossed from Myanmar's western state of Rakhine into Bangladesh, according to the UN.

"Although the number of new arrivals is now slowing, people continue to arrive in the makeshift settlements of Cox's Bazar every day, bringing the total Rohingya population of the district to over 820,000," Joel Millman, spokesman for the UN's International Agency for Migration (IOM), told a news conference at the UN in Geneva on Tuesday.

The UN has documented mass gang rapes, killings – including those of infants and young children -- brutal beatings, and disappearances committed by security personnel.