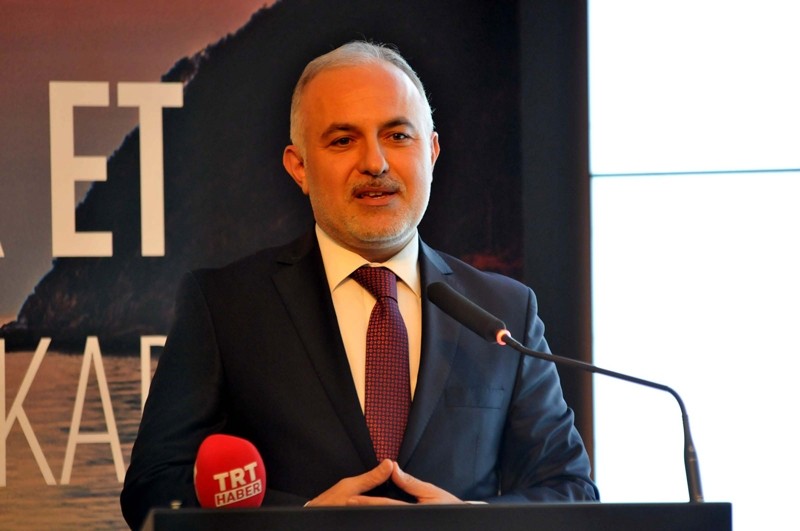 Turkey is ready to boost its humanitarian role through implementing new strategies, the head of the Turkish Red Crescent said Sunday.

''Turkey wants to become more active in humanitarian areas. We will determine new visions and strategies. We will focus on the next four years with new goals,'' Kerem Kınık told Anadolu Agency.

''There is injustice and imbalance in the world and only the good hands can put an end to this,'' he said.

Kınık announced his candidacy for the European regional vice presidency of the International Federation of Red Cross and Red Crescent Societies (IFRC) at its general assembly, which began today in the Mediterranean Antalya province.

''Turkey wants humanitarian aid to be implemented in a more active and more extensive way. If we win the election, we will be the voice of the voiceless in the region and worldwide, which is why we put our candidacy forward,'' he said.

''We have one agenda for this meeting, namely, 'How can we ease human suffering around the world? How can we protect human dignity? How can we provide more help to those in need?' This is what we'll talk about,'' Kınık added.

The Red Crescent head said that at the 2019 IFRC General Assembly the group will decide on its 2030 strategies.

''Human suffering needs to be eased at its origin, and international politics on migration and refugees need to be newly approached by putting people at the center,'' he said.

Kınık said next year will be the 150th anniversary of the Turkish Red Crescent.

''We, the Turkish Red Crescent Society, as a one-and-a-half-century-old good hands movement, decided to run for the European regional vice presidency position in the federation elections,'' he continued.

'We have served on the board since 2005 for three terms. Our society has gained huge experience with its efforts. I have personally experienced the humanitarian work efforts for over 20 years.

We believe that the activities of the federation should be stepped up. The federation is not where it should be at the moment. We are determining new visions and strategies. We will focus on the next four years with new goals,'' he said.

The IFRC General Assembly global statutory meetings are being held in Antalya on Nov. 5-11, hosted by the Turkish Red Crescent.

Nearly 1,500 ambassadors from 190 countries are attending.