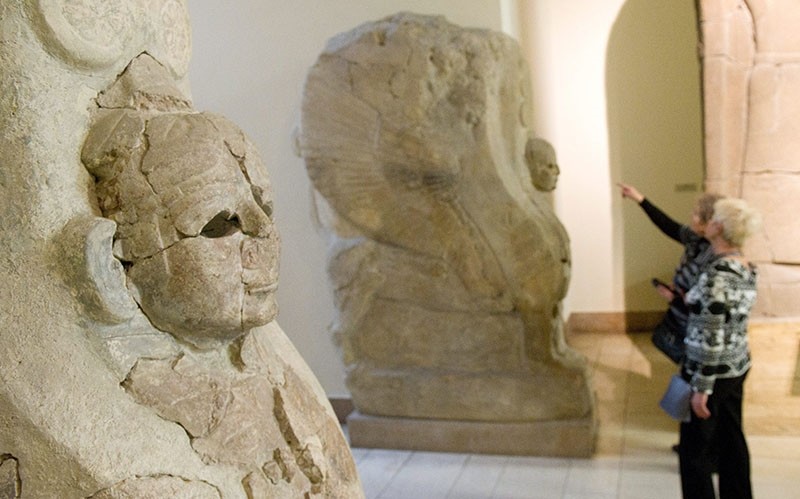 Two Sphinx of Hattusa that were smuggled from Turkey on display at the Pergamon Museum in Berlin, Germany. Turkey has been demanding the return of the figures since 1934. (EPA Photo)
by Daily Sabah with AA Nov 06, 2017 12:00 am

Mustafa İsen told Anadolu Agency the committee is tracking artifacts smuggled out of Turkey during the last 130 years.

"We plan to carry out an inventory of the smuggled items during our visit to the countries," the Justice and Development (AK) Party lawmaker from northwestern Sakarya province said.

İsen added that Turkey aims to show the world how seriously it takes the issue of smuggling.

"We are working to protect our cultural properties and to prevent our artworks from being plundered," said İsen.

Several objects stolen from Turkey are now on exhibit at museums throughout Europe and the United States.

One such artifact is the ancient Altar of Zeus, found in Turkey's western İzmir province and now on display at the Pergamon Museum in Berlin, Germany.

Another smuggling case which has drawn international attention is the stolen pieces of Gaziantep's famous Zeugma mosaic, purchased by U.S. Bowling Green State University in 1965, where they are still on display. Turkey has made several attempts to reclaim the artifacts from the American university.