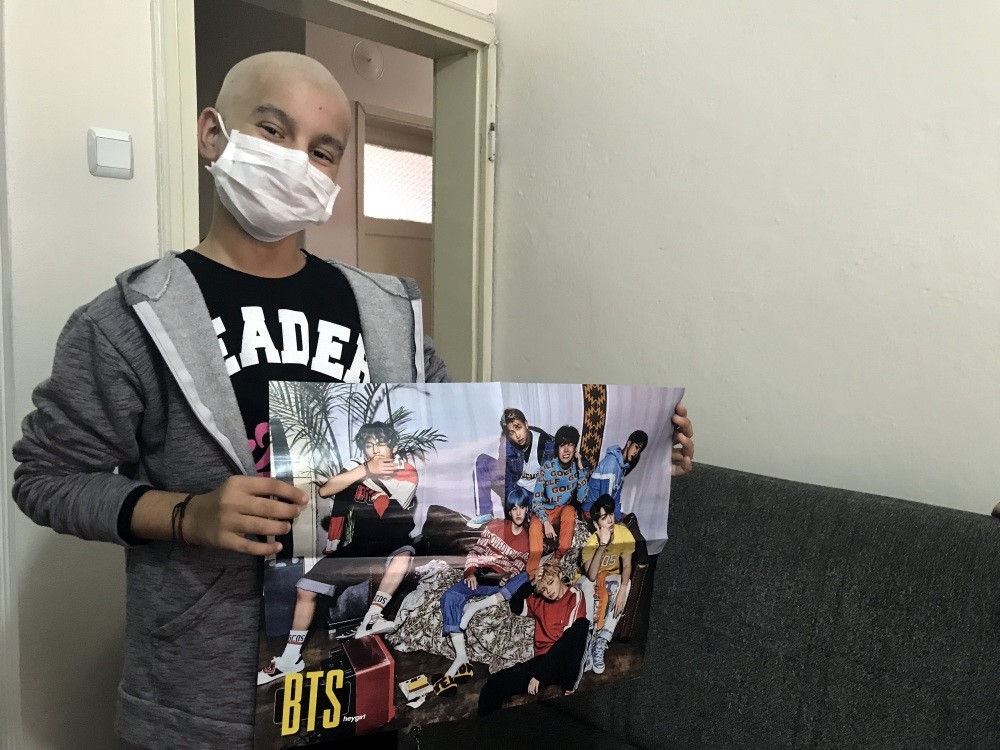 Havin Ayşe Baldaz, a 13-year-old cancer patient from Mersin province in southern Turkey, is looking forward to meeting her favorite South Korean band BTS after South Korean officials reached out to host her in the country.

Two weeks after Baldaz's struggle with cancer and her dream of traveling to South Korea was covered by Turkish media outlets, officials from the Asian country's tourism office in Istanbul met the girl in her home. The officials told the girl that they arranged a trip for her and her family to Seoul.

"I wanted to visit South Korea so much. I am very, very happy and excited now," she told reporters while holding back her tears.

The girl, who has been undergoing treatment for soft tissue sarcoma for the past four years, was unable to travel to South Korea due to lack of economic means.

Baldaz said her interest in South Korea started after watching a music video of a South Korean band and soon, she found more online about the country and popular K-Pop fans.

Nowadays, she is a fan of BTS, which is currently visiting the United States for appearances on TV shows and the American Music Awards. It is not clear whether she will be able to meet the band members but Baldaz is still excited to have the opportunity to discover South Korea.

"I thought I would go there one day when I grew up but it made me so happy that it is happening now," she said. "Turkey and South Korea are two friendly nations and I really wonder what Seoul looks like."

Her father Abdülbaki, a retired civil servant, said he even thought about taking out a loan to pay for his daughter's trip before South Korean officials visited them. He expressed his thanks for the trip.

Jaesang Lee from the South Korean tourism office said they decided to do something for Baldaz when they learned about her on Turkish media.

"We mark the 60th year of diplomatic relations between our countries. We are like brothers and sisters. It was important to fulfill the dream of this young lady," Lee said, adding that along with the trip, they arranged for the girl to undergo a medical examination in South Korea.