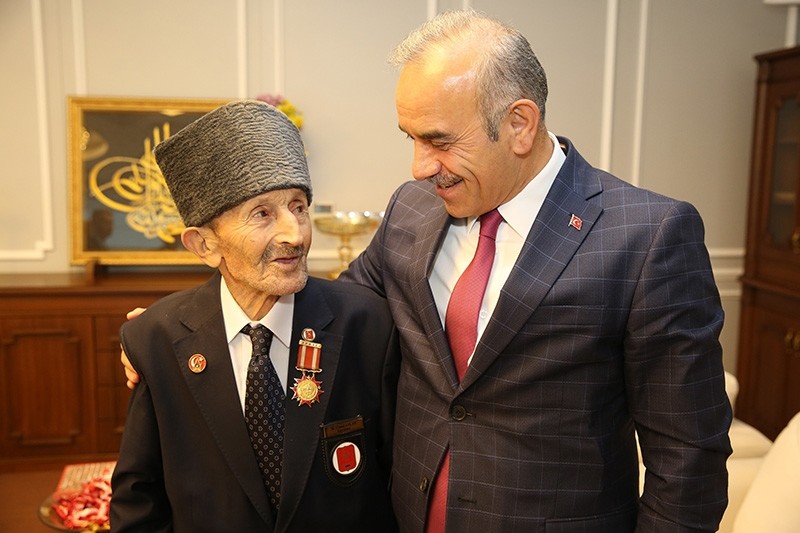 South Korea has awarded a Turkish war veteran, who participated in the Korean War in 1952, with the title of "Peace Ambassador."

Mehmet Cemal Arslan also received a medal 65 years after he was stationed in South Korea.

Mayor Engin Tekintaş presented Thursday the newly arrived medal and title to the war veteran during a ceremony in the Black Sea city of Altınordu.

Tekintaş stated that Arslan, just like other Turkish soldiers, put up a remarkable fight during the war, adding that he appreciated South Korea's continuous support to Turkish war veterans.

Moved by South Korea's kindness, Arslan said during his speech that he was honored to have been named "Peace Ambassador." Turkey joined the Korean War under U.N. Command from 1950 to 1953 in efforts to support South Korea in its struggle for freedom, democracy and independence. A total of 741 Turkish troops were killed during the war.

In March, the two nations celebrated the 60th anniversary of the start of diplomatic relations.