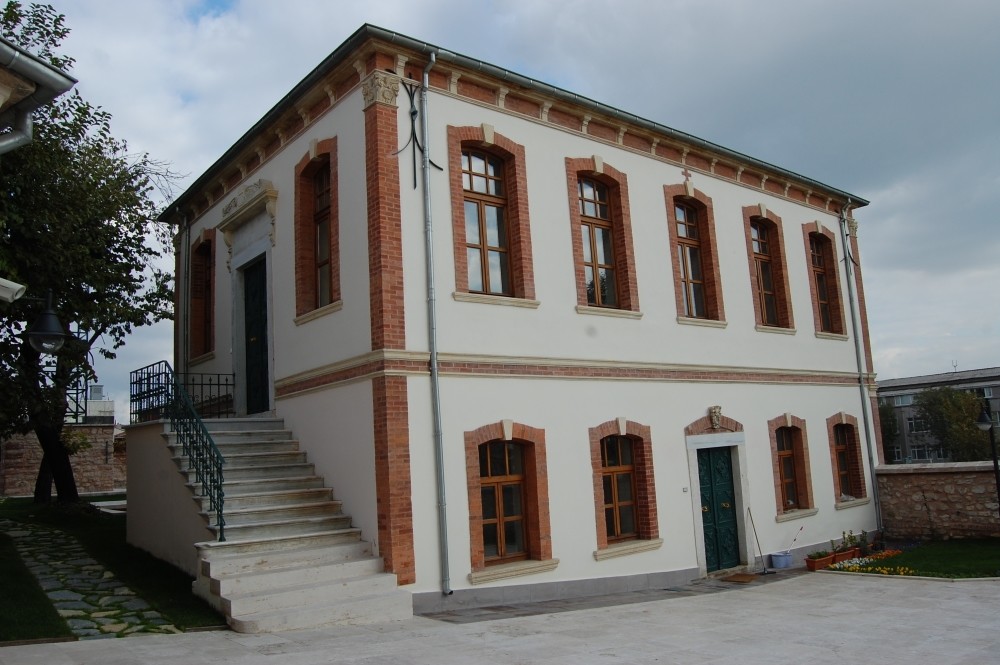 Turkey's Directorate General of Foundations continues its restoration efforts of churches, synagogues and mosques with a historic Greek Orthodox church in Istanbul. Aya Yorgi Church in the city's Edirnekapı district will open its doors again after almost three years of restoration this Sunday. Deputy Prime Minister Hakan Çavuşoğlu and Fener Greek Orthodox Patriarch Bartholomew are among the dignitaries expected to attend the opening.

The church, rebuilt in 1836 on its original site after it was destroyed in a fire in 1726, will also house a school for religious music.

Situated in a district home to ancient city walls, the church remained open for the faithful for decades, even after it was handed over to a state-run authority by a foundation of the Greek Orthodox community in Istanbul. It was last restored in the 1980s. The latest restoration cost about TL 4 million ($1.03 million).

Armenian weekly Agos reported that a religious music school will open in a restored seminary inside the premises. The school will be run by the Beyoğlu Music Lovers Association, founded by the Greek community in 1953. Speaking to the weekly, Laki Vingas, a prominent figure of the Greek community in Istanbul who once served as a minorities representative on the directorate's board, told Agos that the community was "very excited" for reopening. "It was a successful restoration because the restorers always consulted the patriarchate," he said.

Since the Justice and Development Party (AK Party) came to power in 2002, Turkey has sought to restore the rights of minorities as well as the worship houses of minority faiths, from the Assyrians to Jews and Greeks. Many properties have been returned to these minorities decades after their forceful confiscation by the state while the government also pursues a policy of restoring abandoned historical buildings.