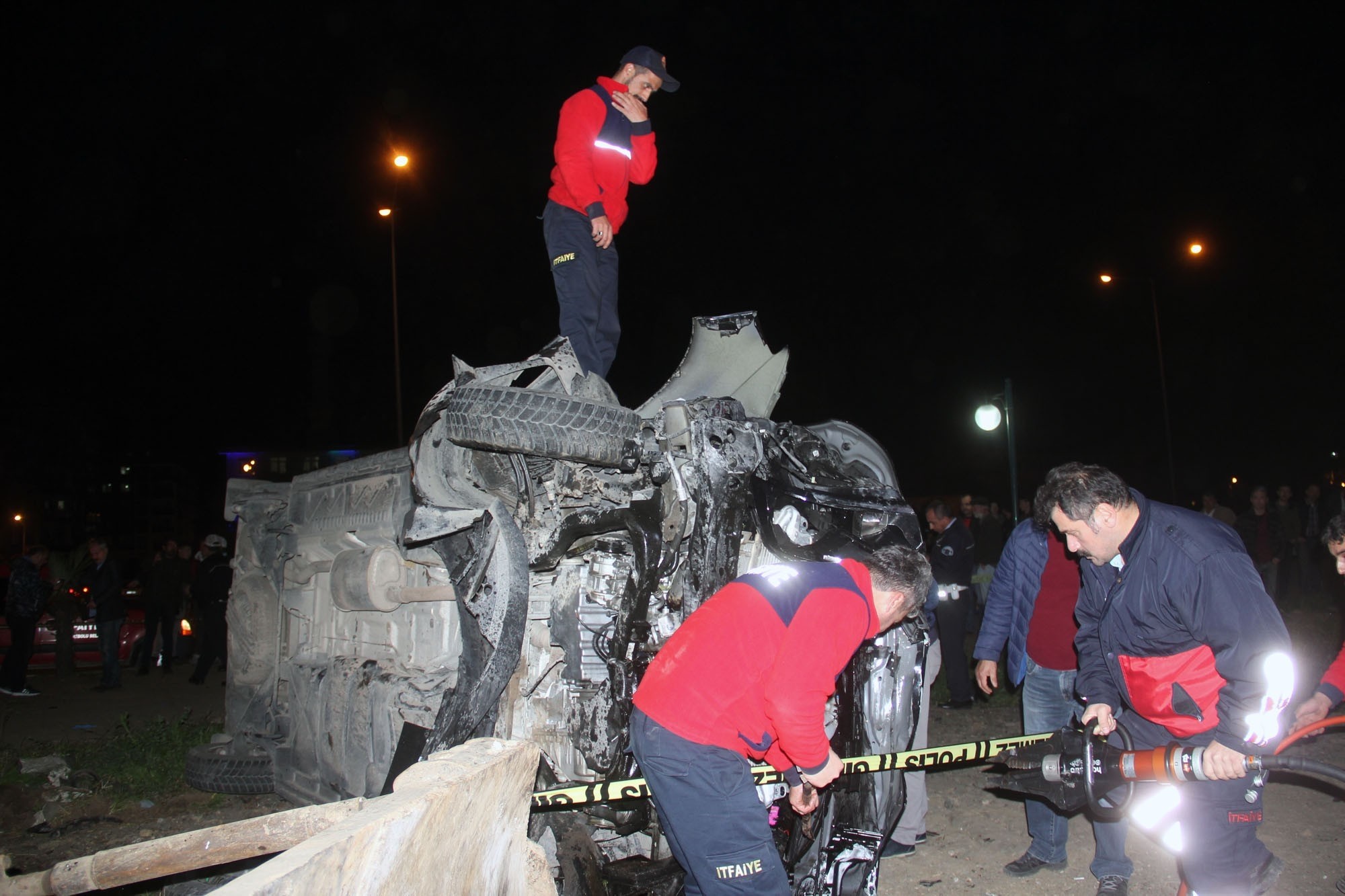 Four people were injured Sunday after a minibus carrying the security personnel of President Recep Tayyip Erdoğan had an accident in Giresun Province on the Black Sea coast of eastern Turkey.

According to the information from the scene, the minibus overturned after colliding with a car on the coastal road of the Görele district of Giresun.

The injured were taken to a nearby hospital. Officials have yet to make a statement about their conditions.

President Erdoğan is in the Black Sea region of Turkey for a three-part visit.