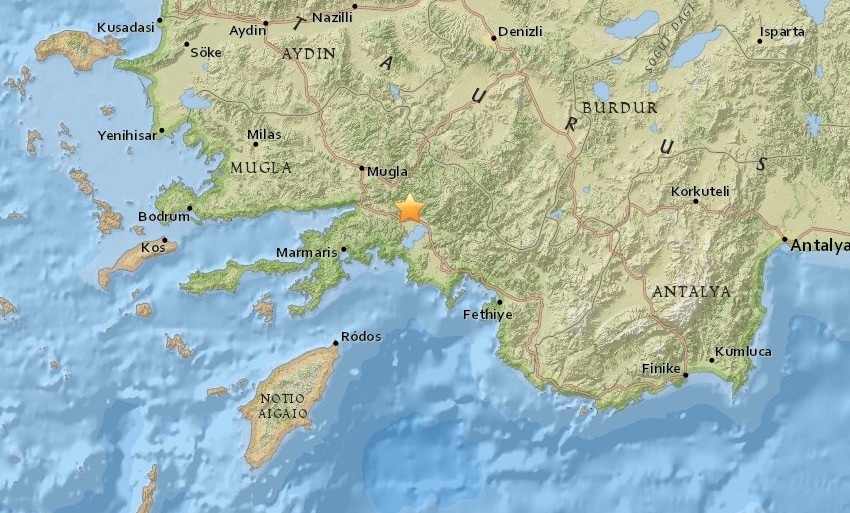 An earthquake of magnitude 5.0 shook Ula district in Turkey's southwestern Muğla province late Wednesday. No casualties have been reported.

The quake hit the Aegean city at 23.22 and there are no casualties or damage following the 5.0 magnitude quake, Muğla Governor Esengül Civelek said in a statement.

The depth of the quake was 5 kilometers, Boğaziçi University's Kandilli Observatory said, while the United States Geological Survey (USGS) put the number at 10.

The quake was felt in neighboring towns and cities.

Turkey, situated on major seismic fault lines, is regularly hit by earthquakes. The Aegean coast has witnessed several quakes above 5-magnitude since the start of the year.

In July, two foreigners died and more than 100 people were injured on the Greek island of Kos when an earthquake shook the popular Greek and Turkish holiday destinations in the Aegean Sea.