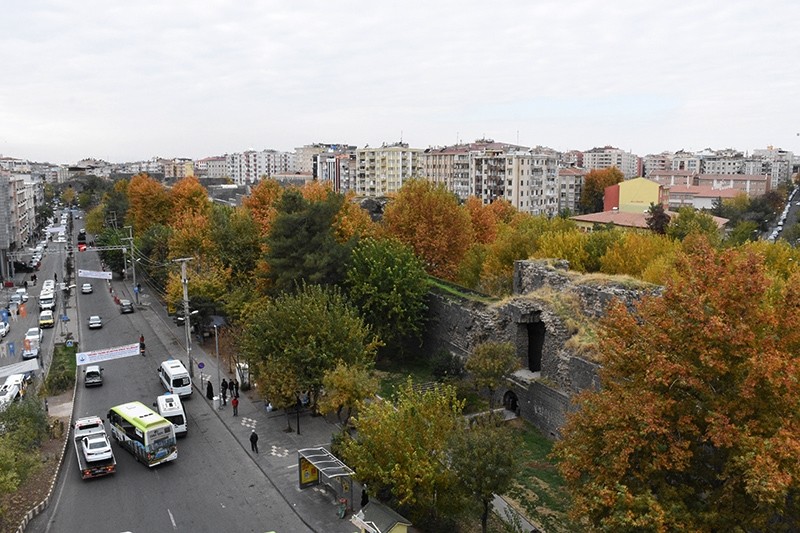 The Diyarbakır Metropolitan Municipality has prepared a project to remove the visual pollution around the historical fortress and make it visible for tourists.

The project, approved by the Protection of Cultural Property Board, will provide landscape designing for a 71,000 square meters (around 764,000 square foot) area.

There will be 12 spots for visitors to take pictures of the walls, and the bastions. Paths for pedestrians and bikers will also be built. 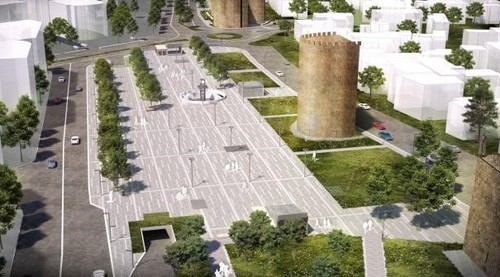 UNESCO added the building to its tentative list in 2000, and it was listed as a World Heritage Site in 2015 along with the Hevsel Gardens.

The fortified city of southeastern Diyarbakır and the landscape around it has been an important center since the Hellenistic period, through the Roman, Sassanid, Byzantine, Islamic and Ottoman times to the present, according to UNESCO's official website.

Koç added that it is almost impossible to have sight of the walls, when the trees foliate during the summer.

Stating that the landscape area includes 33 bastions, he said that roots of the trees near these bastions are heavily harming the historical fortress.

Koç also added that 349 trees nearer than four meters to the bastions will be moved from the area.

"Fountains will also be built to meet the visitors need," he said.

The area will also be lighted so tourists can witness the brilliance of the walls, Koç said.

"Once the works are done, walls will be seen not only in the morning, but also at night," the official said, adding that the project will be carried out in 2018.