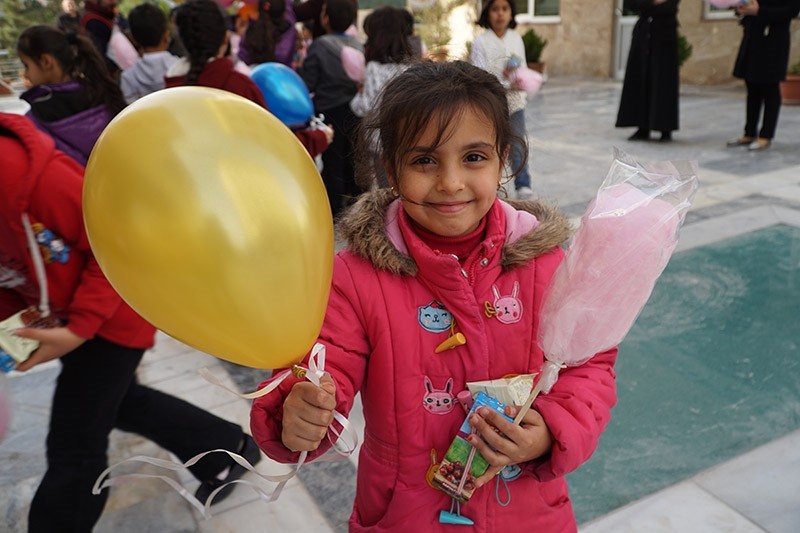 Around 1.1 million refugees in Turkey are benefiting from debit cards issued by the Turkish Red Crescent, said a United Nations official.

"So far, we have received applications from 1.8 million Syrians and other refugees," Nils Grede, the United Nations World Food Program (WFP) country director and representative, told Anadolu Agency in a recent interview in the Turkish capital.

"Close to 1.1 million are receiving assistance. 700,000 people have been found not eligible," he said.

As part of the project financed by the European Union and supported by the WFP, each family registered by the regional migration office directorate is given 120 Turkish liras ($30.2) a month, and they can withdraw money from state lender Halkbank's ATMs.

"These people come from Syria and other countries without anything…This program helps them meet their basic needs," Grede said.

"Let me say it is a more dignified way of helping people," he added. "People can make the decision [on] how they will use the cash."

The U.N. official said that the debit cards also helped the Turkish economy grow, through injecting over $30 million into the economy every month. "It is also positive stimulus for Turkey," he said.

Nesrin, a Syrian woman with four children aged 7, 12, 16 and 17 expressed her gratitude.

"Thanks to the Kızılay [Red Crescent] card, we meet many of our needs," she told Anadolu Agency.

"We came here from Aleppo because of the war [five years ago]. We had nothing to eat at that time," she noted.

Turkey hosts more than 3.2 million Syrian refugees, more than any other country in the world.

The country has spent $30 billion from its own national resources to help and shelter refugees since the beginning of the Syrian civil war which is in its seventh year.