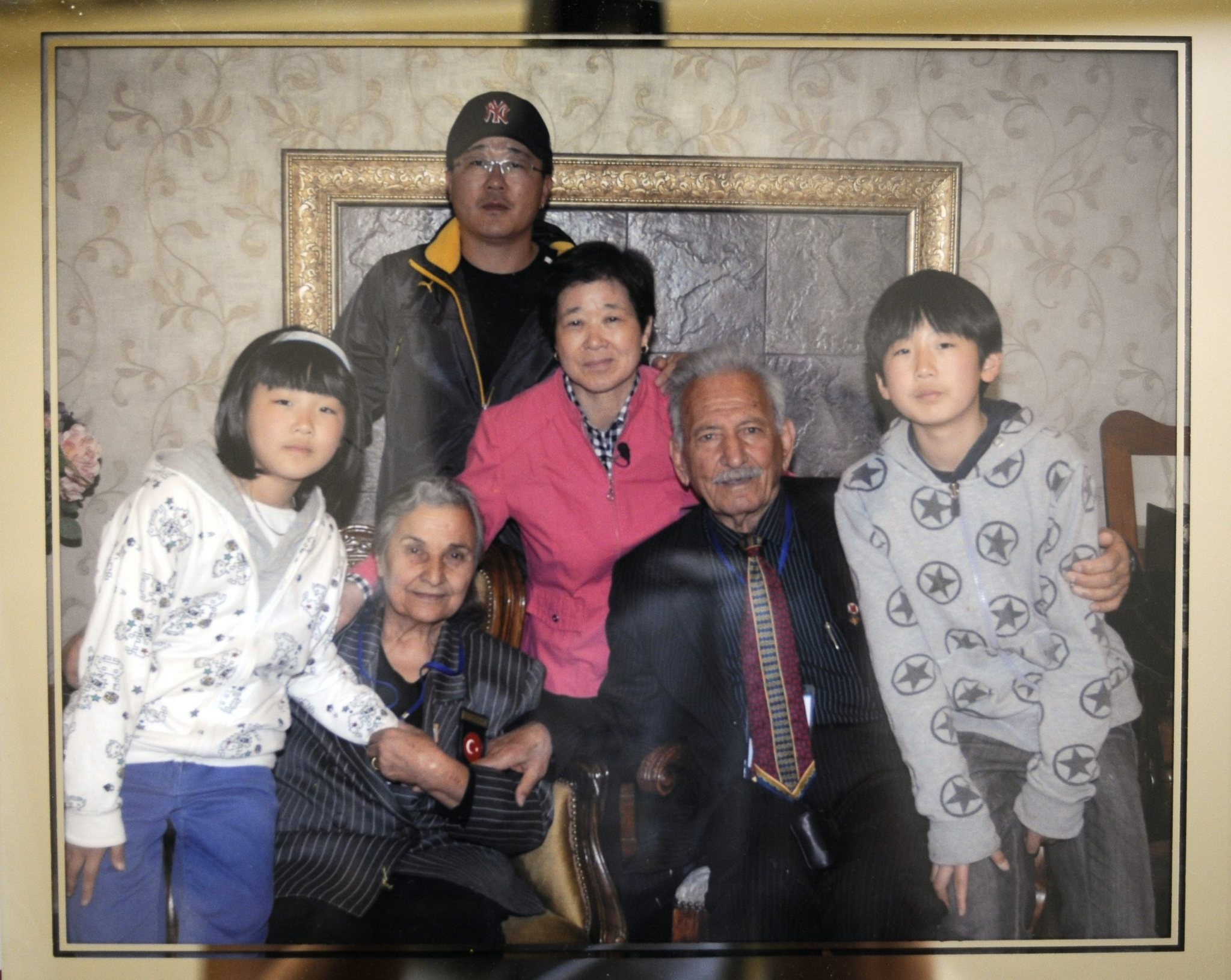 Nimet Dilbirliği, the wife of Süleyman Dilbirliği, a Turkish soldier whose experiences in the Korean War inspired the Oscar-nominated "Ayla" movie, died within hours of her husband on Thursday evening.

85-year-old Nimet, who was diagnosed with Alzheimer's two years ago, passed away at her home, not knowing that their husband had died hours before.

The couple's funerals will be held together, and after afternoon prayers at the Selimiye Mosque in Istanbul's Üsküdar district they will be interred at the Karacaahmet cemetery.

Apart from their goddaughter Kim Eun-ja, the couple had one daughter and a son.

Süleyman Dilbirliği was hospitalized after he suffered respiratory and renal failure while attending the movie's premiere. He had remained in the intensive care unit of Haydarpaşa Training and Research Hospital in Istanbul since that time. The hospital said Dilbirliği died due to multiple organ failure.

The non-commissioned officer, who was a member of the Turkish Brigade during the Korean War, was a father figure for Kim Eun-ja, an orphan South Korean girl. His story of helping the 5-year-old girl in the 1950s was discovered by filmmakers and turned into the tear-jerking drama "Ayla: The Daughter of War," which debuted last month. Kim and Dilbirliği last met when Kim, now 71-years-old, visited her godfather late November at the Istanbul hospital he was undergoing treatment.

Kim's parents were killed in the war and Dilbirliği found her alone in the woods. He decided to bring her to the Turkish garrison, and looked after her for 14 months.

However, when the troops had to return to Turkey after the war, she was entrusted to other troops there. Then, she was sent to an orphanage. The South Korean woman said in earlier interviews that her life after she was forced to part ways with the Turkish soldier was "spent missing him."

During an Istanbul event to mark the 60th anniversary of the Korean War, Dilbirliği talked about Ayla, and South Korean officials began searching to find the girl. The two finally met in 2010 in South Korea in an emotional reunion and frequently wrote to each other over the years. Kim recently toured Turkey for the premiere of the film.

Turkey joined the Korean War under the U.N. command during 1950 and 1953 to support South Korea against the North and communism. A total of 741 Turkish troops were killed in the war. The Turkish sacrifice in the war coined the term "blood ally" for Turks in South Korea.