Could 3D crosswalks get drivers to slow down in Turkey? Aydın gives it a shot 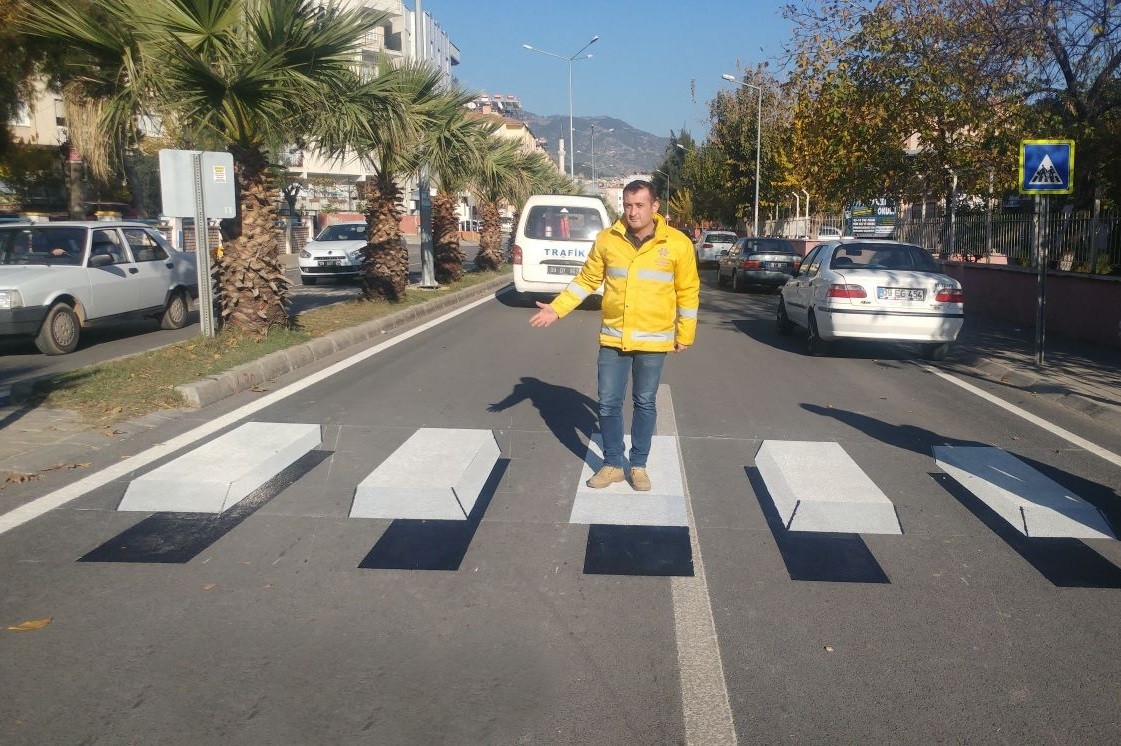 When conventional methods fail get creative!

Turkey's western Aydın province has become the first Turkish province to join a list of cities around the world to experiment with an unusual but creative way to try and get drivers to slow down while pedestrians are trying to cross the road.

The municipality of Aydın this week installed an eye-catching "three-dimensional crosswalk" on the Hürriyet Boulevard in the Efeler district, which from afar looks like it's floating above the asphalt.

Aydın Mayor Özlem Çerçioğlu said she hoped the optical illusion would catch drivers off guard and force them to slow down while nearing pedestrian crossings, making crossing the street much safer.

Stating that the unique 'floating' crosswalks would first be painted in areas near schools to prioritize the safety of children, Mayor Çerçioğlu said that if the results of the practice proved to be satisfactory, the rest of the traditional crosswalks in the province would also be transformed into 3D ones.

The creative practice is not new, though. Kyrgyzstan, China, India and Iceland have also experimented with the smart crossings, and authorities have so far been satisfied with the results.

Aydın, which includes two of Turkey's prominent tourism centers, Kuşadası and Didim, has a population of over 1 million, and during the summer the number of cars in the city drastically increases.

Despite safety measures, public campaigns, media reports and even pleas from top government officials, traffic accidents, mainly due to excessive speeding, carelessness and fatigue, still remain a pressing problem in Turkey. Last year, 413,169 traffic accidents throughout Turkey claimed the lives of 7,300 people while injuring 303,000 others.