Snow piles up in eastern Turkey, life comes to halt 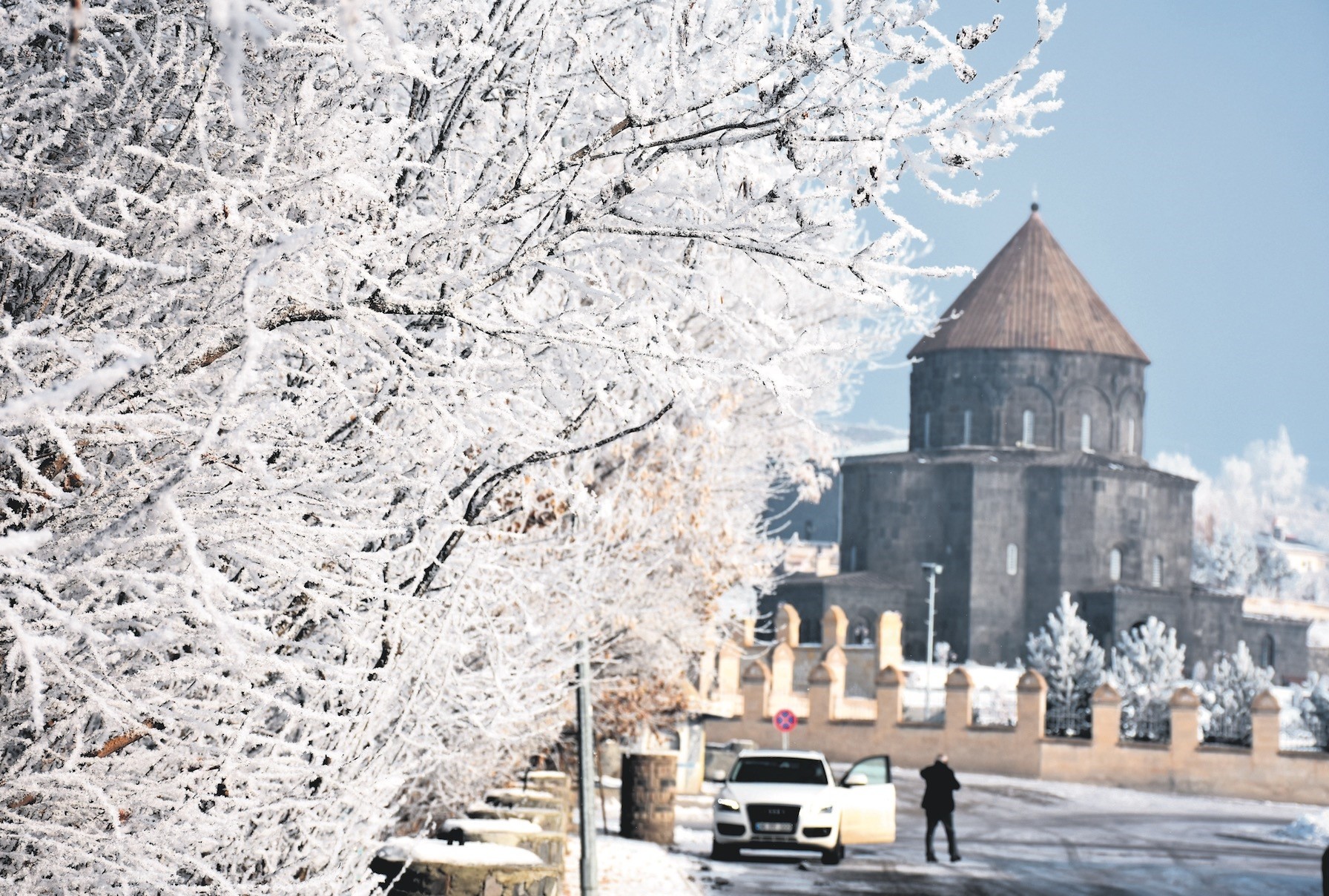 Snow and freezing temperatures have ground life to a halt in the east of the country, with temperatures plummeting to 19 degrees Celsius below freezing in the province of Ağrı on the border with Armenia.

Meteorological officials said that temperatures had fallen below freezing in most of the eastern regions of the country, with authorities using snowplows to open main highways and roads to snowbound urban centers.

Commuters are also warned against icing on the roads in Malatya, Elazığ and Tunceli. Meanwhile in Istanbul, Yalova and Bursa, strong southwesterly winds have forced municipal authorities to cancel some ferry trips.

Locals are also reporting tree branches being ripped off due to winds. In the winter resort of Uludağ, snow thickness has reached 47 centimeters, with temperatures dropping to 2 degrees. The first winter tourists are arriving at the hotels that dot the region, reports say.