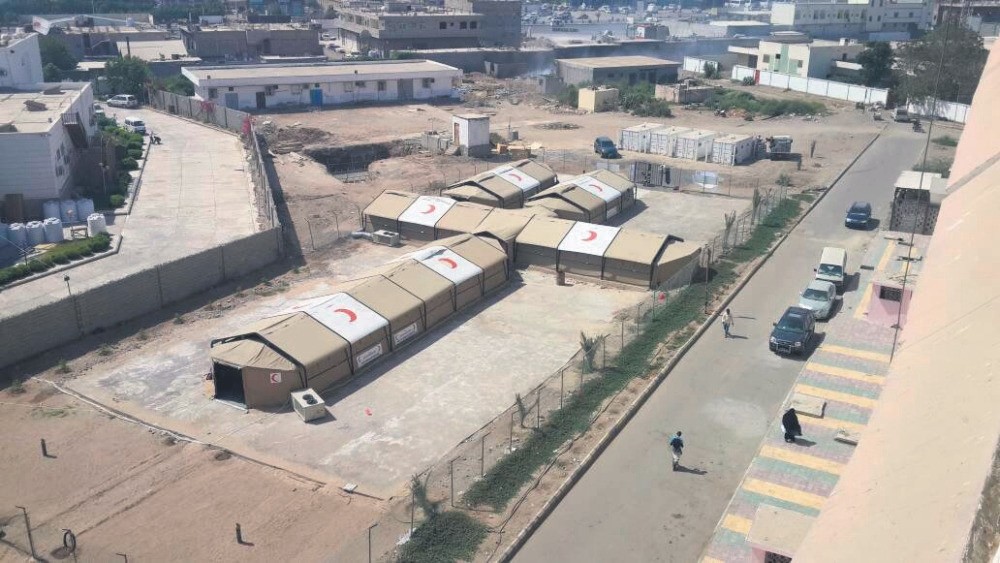 The field hospital is the latest Turkish aid to war-torn Yemen which, is also suffering from epidemic diseases.
by Daily Sabah with AA Dec 21, 2017 12:00 am

Speaking to Anadolu Agency (AA), Health Minister Nasir Baum said the Turkish people have sided with them from the beginning of the country's crisis.

"We thank and appreciate all brotherly Turkish people, President Recep Tayyip Erdoğan being in the first place, for Turkey's aid and continuous support for Yemeni people in every field," Baum said.

Baum said there was a fully-fledged dialysis center near the hospital, also established by Turkey.

Yemen has remained dogged by violence and chaos since 2014, when Houthi rebels overran much of the country, including the capital Sanaa.

The conflict escalated in 2015 when Saudi Arabia and its Arab allies launched a devastating air campaign aimed at rolling back Houthi military gains.

In July, Turkey has sent a vessel carrying TL 20 million ($5.2 million) worth of humanitarian aid to Yemen. The Turkish Health Ministry also treats sick Yemenis. Last year, 183 Yemenis were brought to Turkey for treatment in a hospital in the western city of Afyon.